No Pushback! Politico Criticizes Parler for Lack of Censorship

Nguyen's outrage at Parler for daring to permit free speech appeared in "On Parler, MAGA’s post-election world view blossoms with no pushback." 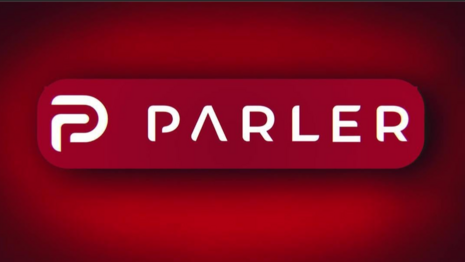 Since the election, President Donald Trump and his allies have faced fact-checks, condemnation and restrictions when trying to spread inconclusive evidence of voter fraud and leftist violence on social media.

But over on Parler, there’s a new, millions-strong MAGA universe where conservatives are freely spreading these claims and reinforcing their belief that Democrats have stolen the election from Trump.

Wow! A reporter actually writing approvingly of restrictions on social media. There are crazy conspiracy theories out there, and then there are conspiracies that are quite obvious -- like Big Media wanting to suppress everything that they they feel is "out of context." Entire topics, like the Biden family's lobbying, are "out of context."

Last time we checked, expressing a political opinion is not a crime even if you might wish it to be otherwise. And the lack of such restrictions (censorship) at Parler seems to upset MAGA-gagging Nguyen quite a bit:

The set-up gives MAGA conservatives an easy way to simply dismiss the post-election beliefs of the public at large, the widely accepted reports in mainstream news outlets and the word of experts and even some government officials. There is now a robust, consequence-free echo chamber for them that confirms a worldview in which a rigged election system falsely gave Biden a victory, and leftist thugs are taking to the streets to ensure the outcome isn’t overturned. And with over 4 million new downloads since Election Day — nearly doubling the site’s user base — that echo chamber is expanding rapidly.

"Robust, consequence-free echo chamber," aka free speech. Or would you prefer there should be "consequences" for expressing opinions you don't like, Tina?

“Parler’s positioning as a receptacle for Trump's MAGA supporters is part of a longstanding trend of conservatives threatening a Twitter exodus over claims of censorship and persecution,” said Karim Zidan, a journalist with the left-leaning watchdog group Right Wing Watch. “Twitter's heavy moderation of posts involving election-fraud conspiracy theories and disinformation has caused MAGA supporters to slowly transition to Parler under the guise of free speech.”

People are transitioning to Parler not just under the "guise of free speech," but under the reality of it.