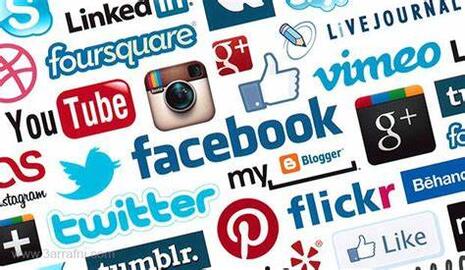 His attitude of disdain for those seeking sites allowing a diversity of ideas free of censorship or hectoring was expressed in "Parler, MeWe, Gab gain momentum as conservative social media alternatives in post-Trump age."

The recent rise of Parler – as well as other social media alternatives that appeal primarily to conservatives and that got their start largely by attracting the far right – raises the specter of further political polarization through digital means. Parler and others, like MeWe and Gab, are gaining momentum with a promise not to censor their users for behavior that might violate the policies of their rivals.

And now for Parler's great sin of acting as a platform, and not a publisher, which engages in neither censorship nor placing warning or advisory labels on posts.

Parler said in its Nov. 7 "community guidelines" that it won't decide what content will be "removed or filtered, or whose account will be removed, on the basis of the opinion expressed within the content."

Supporters say Parler is preserving free speech and is correcting for the overreach of the mainstream social media platforms, which applied labels to or limited the reach of many of President Donald Trump's misleading posts during the week of the election.

"Donald Trump's misleading posts during the week of the election?" This is where you're reminded that Facebook posts are often flagged as "wrong" with USA Today "fact checks" that appear to be designed to cry "False" on negative (but accurate) themes about the Democrats, like their record on the Civil Rights Act of 1964.

At this point, Bomey jumps in with the well-worn boogeyman in the form of "far-right" extremism to warn of the supposed dangers of free speech.

"Constantly jumping in and correcting things for the record and feeling like it’s one way feels inappropriate to me," said Trent Read of the Salt Lake City area, who said he plans to shift from Twitter and Facebook to Parler. "If I can be a small part of sending a message to them to tell them to stay out of my business, that would be a positive thing."

But, much like the social media site Gab, Parler has quickly attracted the extremist crowd in addition to self-proclaimed center-right conservatives like Read. Groups from the far-right Proud Boys, which includes large numbers of white supremacists, to heavily armed anti-government militias have gathered on the site to spread conspiracy theories, racist memes and false claims of election fraud.

Guess what? Communists and Anarchists can also post on Parler and Gab. Yet somehow the specter of free speech, including for those with whom many might disagree strongly, seems to really bother Bomey who apparently prefers people remain safely within the liberal Borg with its increasing restrictions.