The Final Moments of CNN+: Sad Wolf Blitzer and a Useless App 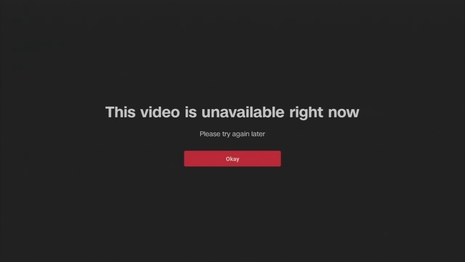 “This video is unavailable right now.” With just hours to go before CNN pulls the plug on their streaming pipedream, CNN+, that’s the message a subscriber sees if they try to play anything; if they can find anything. Purging content a day early on Thursday, the CNN+ app is nothing but a shell, and their live content ended on Wednesday. Here’s what the final moments of CNN+ look like since you more than likely never bought a subscription like most Americans.

The last host to broadcast live before they killed the lights in the studio was Wolf Blitzer on the set of The Newscast. After reports on an American getting released from Russia, the war in Ukraine, and an investigation into the Trump organization, a crestfallen Blitzer appeared on the screen to give his final goodbye:

I’m Wolf Blitzer. Thanks very much for watching The Newscast on CNN+. Tonight’s show will be our last, for now. But you can always join me weekdays on CNN in The Situation Room, 6:00 p.m. Eastern. Our thanks to our entire special, wonderful team of journalists behind the scenes that helped build this show.

For now? Blitzer’s holding out a lot of hope on that one since the new executives at Warner Brothers Discovery can smell a disastrous niche streaming service from a mile away. Although, he did seem to know this as his head hung low, and after the credits rolled it cut back to an empty set.

Their final broadcast also occurred on Wednesday night as that evening’s Who’s Talking to Chris Wallace featured a pre-recorded interview with author Amor Towles. “Thank you for watching. And keep streaming to find out who’s talking, next,” he said in his canned signoff. 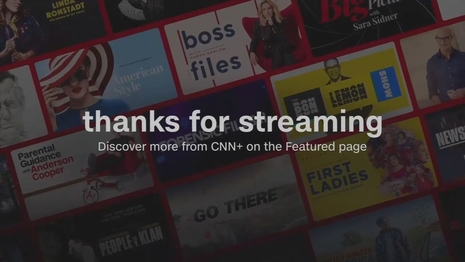 Earlier this week, Wallace’s interview with Hollywood producer Brian Grazer featured the struggling CNN host embarrassingly begging his guest to make a movie about his interviews with former President Trump.

Going to the app on Thursday, NewsBusters discovered that it’s now a hollowed-out husk (more than it was before they started the shutdown). There are plenty of title cards for shows but no content when you click on them. And if you do manage to find an episode, like the video above shows with the Wallace/Towles interview, it won’t play. We got the CNN+ title card then it kicked us back to the menu.

For Brian Stelter’s Reliable Sources Daily, there were no episodes but there was a “watch” button. When we clicked it, we got a message that read: “This video is unavailable right now.”

Last Friday, April 25, was the last day for Stelter’s show. But he was so confident that they would let him keep it for a little while longer that he ended it by declaring: “We'll be back streaming live here Monday, 11 a.m. Eastern time for more Reliable Sources Daily."