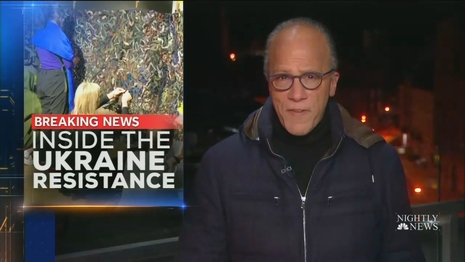 On this episode of the NewsBusters Podcast, Curtis Houckand I discuss the new Quinnipiac poll showing a majority of Democrats would give up and flee the country if America was invaded like Ukraine. We also look at the media defending President Biden's disastrous energy policies that have struggling Americans paying over $4 at the pump. And the media are also upset that gender crazies can't indoctrinate young kids in Florida.

While NBC Nightly News was showing off the inspiring efforts of Ukrainians banding together to constructs weapons and tools to defend their homeland, they and the rest of the liberal media were ignoring a new Quinnipiac poll showing a majority of Democrats would flee if America was invaded like Ukraine.

We also discuss the media going to the mat for President Biden to defend his disastrous energy policies that have gas over $4 a gallon.

The conversation was rounded out with Curtis leading the way on the media’s gross misinformation campaign, parroting Democratic talking points, to label Florida’s Parental Rights in Education bill with the factious “don’t say gay” slogan.