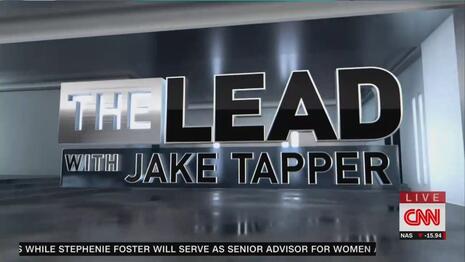 According to Fox News media reporter Joseph A. Wulfsohn, the Fairfax County Police Department (Virginia) the “detectives assigned to the Child Exploitation Squad of the Major Crimes Bureau are leading this investigation.” Adding, that Saleeby was the subject of “serious allegations involving potential juvenile victims.”

Saleeby had resigned from his position after Project Veritas exposed “videos and texts show[ing] a primetime producer at CNN fantasizing about sex acts with a child in graphic detail” and how he “solicited sexually explicit photos of the source’s underage daughter.”

This case follows the indictment of the former producer of CNN’s New Day, John Griffin by federal authorities earlier this month.

According to the U.S. Attorney’s office in Vermont:

In June of 2020, Griffin advised a mother of 9- and 13-year-old daughters that the mother’s responsibility was to see that her older daughter was “trained properly.”  Griffin later transferred over $3,000 to the mother for plane tickets so the mother and her 9-year-old daughter could fly from Nevada to Boston’s Logan airport.  The mother and child flew to Boston in July of 2020, where Griffin picked them up in his Tesla and drove them to his Ludlow house.  At the house, the daughter was directed to engage in, and did engage in, unlawful sexual activity.

The official details from the Fairfax investigation of Saleeby won’t be released just yet. A spokesman told Fox News that “While we will eventually be transparent about our findings, safeguarding the personal privacy and safety of victims and witnesses as well as maintaining the integrity of our criminal investigation are of paramount importance.”

Wulfsohn also reports that “A spokesman for CNN told Fox News Digital, ‘The person in question no longer works for CNN’ and that he had resigned earlier this month.”

As for Tapper himself, he has not made any public statements about his former producer. Although he seems to think he can make up for it by coming out strong on his show against Ghislaine Maxwell, convicting accomplice of convicted pedophile Jeffrey Epstein.

“Our legal panel suggested this was largely in the hands of state and local prosecutors, not federal, since the crimes would be state crimes,” he tweeted Thursday, responding to a tweet from his show asking if Maxwell would flip on the other men Epstein worked with. “Only 4 of Epstein/Maxwell's myriad alleged victims were part of this specific prosecution and guilty verdict.”

What is going on at CNN?