With the Republican controlled Senate hanging in the balance this election cycle, NBC turned up the heat against GOP candidates in tight races on Wednesday’s NBC Nightly News. One of the largest influences the Senate would have for the new president is the confirmation of Supreme Court justices. “There are many races currently polling within the margin of error,” announced Anchor Lester Holt as his colleague Hallie Jackson tried to tip the scales in favor of Democrats.

Jackson noted that candidates on both sides are trying to tie their opponent to the top of their party’s ticket. She noted this as she touted Senator Roy Blount’s opponent, “That's the argument Senator Roy Blount is making in Missouri. In the fight of his political life against a Democrat whose gun assembly ad went viral.”

From there, Jackson flaunted controversies plaguing some Republican candidates. “In North Carolina, Senator Richard Burr had to apologize after seeming to joke Hillary Clinton should be shot,” she reported, “Senator Mark Kirk forced to say he's sorry for those racially charged remarks [against Tammy Duckworth].”

While she was trashing Republican candidates, she was playing up the Democratic ones. “If Democrats come out on top, it will be a rise to power fueled in part by women,” Jackson stated, “Like Maggie Hassan in New Hampshire. Katie McGinty slightly in Pennsylvania and Tammy Duckworth in Illinois.”

What Jackson failed to mention was any controversy or negative news plaguing any of the Democratic candidates. Even though she touted McGInty in Pennsylvania, Jackson failed to mention (like CBS did) how McGinty was a long time lobbyist in Washington, DC. And according to a recent WikiLeaks e-mail dump, McGinty may have violated state law by asking Clinton campaign chair John Podesta if she should run for Senate.

In addition to omitting the controversies of Democratic candidates, NBC continued to blackout how a law firm in Boston, Massachusetts allegedly funneled $1.6 million to Democratic Senate candidates illegally. Included in the list of candidates money was funneled to was McGinty, Hassan, Duckworth, and Jason Kandor. Those are the same Democrats Jackson was glorifying during her report.

LESTER HOLT: To the power struggle. Up and down the ballot, beyond the presidential race, there is a big fight for the Senate under way. The question of which party has control hanging in the balance. The impact is going to have far-reaching effects, starting with the next president's Supreme Court pick. There are many races currently polling within the margin of error. NBC's Hallie Jackson has more on that.

HALLIE JACKSON: For months, it's been all about Trump and Clinton. But these are the names that could really change government. By either helping Republicans keep control of the Senate, or propelling Democrats to a majority. The power to promote the next president's policies or push back. The GOP is looking for star turns from names like Marco Rubio in Florida. 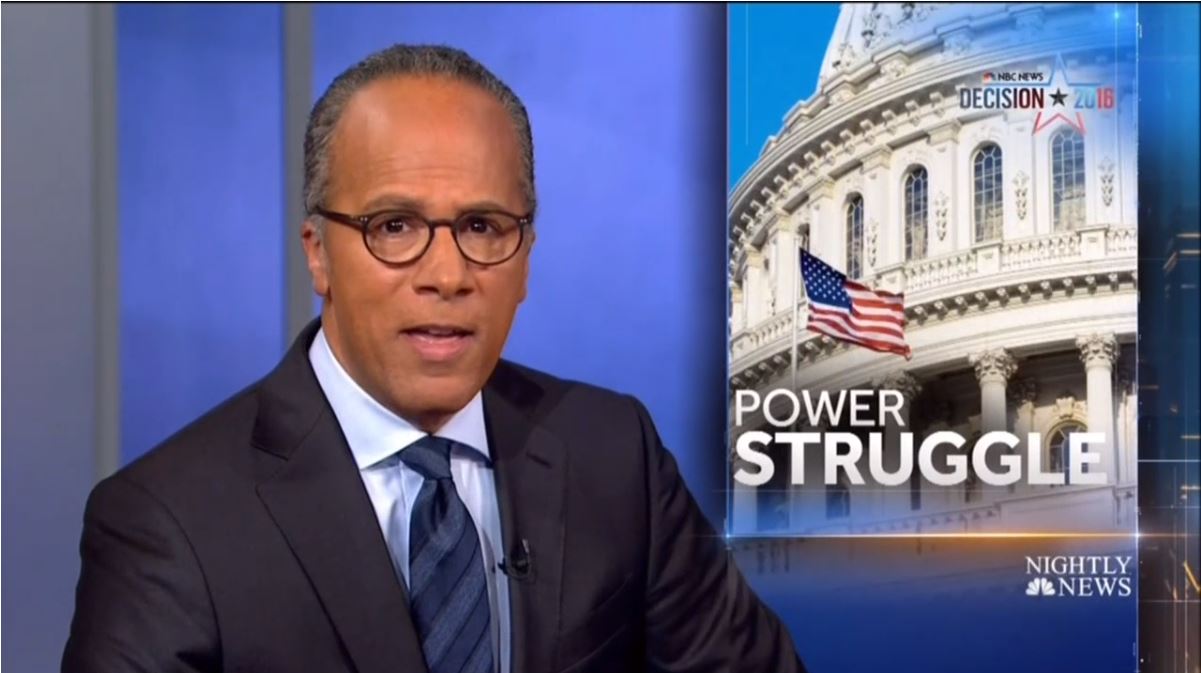 MARCO RUBIO: We have a tough fight of our own.

JACKSON: The congressman Joe Heck is in his own tough fight in Nevada. A race that reflects what's happening all over. Candidates trying to tie their opponents to the top of the ticket.

JOE HECK: My opponent continues to support somebody who has been deemed untrustworthy by the majority of Americans.

JACKSON: That's the argument Senator Roy Blount is making in Missouri. In the fight of his political life against a Democrat whose gun assembly ad went viral.

JASON KANDOR: I'm Jason Kandor, and Senator Blount has been attacking me on guns.

JACKSON: In North Carolina, Senator Richard Burr had to apologize after seeming to joke Hillary Clinton should be shot.

RICHARD BURR: It's got a picture of Hillary Clinton on the front of it I was a little bit shocked at that. It didn't have a bulls' eye on it.

JACKSON: If those candidates pull out wins, Republicans will probably keep controlling of the Senate but if Democrats come out on top, it will be a rise to power fueled in part by women. Like Maggie Hassan in New Hampshire. Katie McGinty slightly in Pennsylvania and Tammy Duckworth in Illinois. All but assured a victory after this debate moment.

MARK KIRK: I had forgotten that your parents came all the way from Thailand to serve George Washington.

JENNIFER DUFFY: What Republicans are hoping for, that enough voters will split their tickets to help Republican candidates.

JACKSON: And underscoring how much is at stake here, more than 344 million dollars has been pumped into just the top five most expensive Senate races. An extraordinary amount of money, Lester.

HOLT: Alright Hallie, thanks very much.