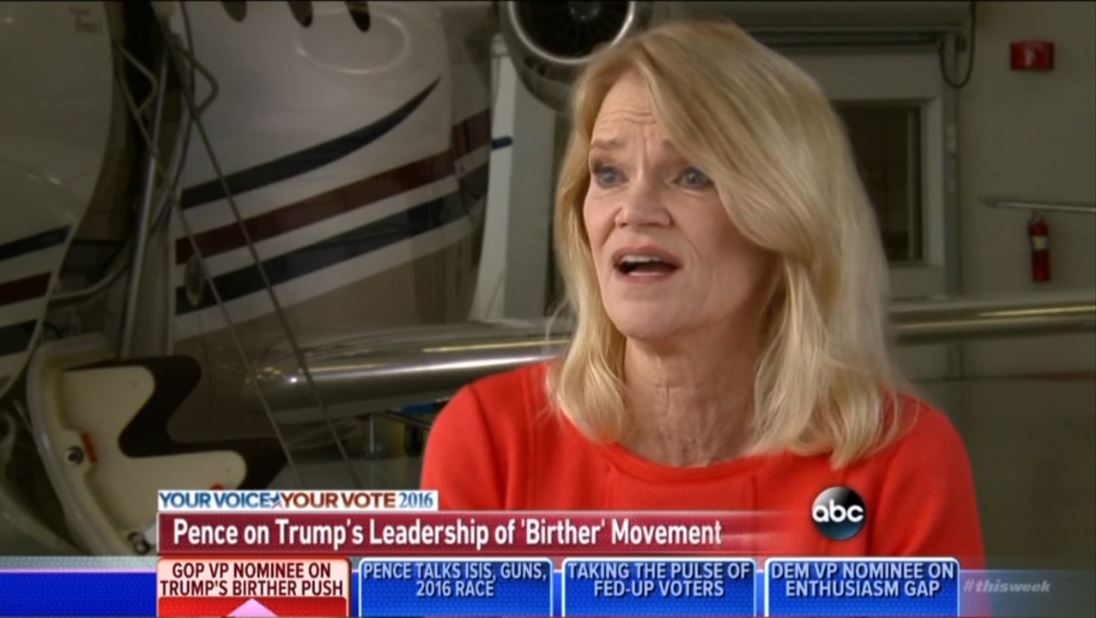 Governor Mike Pence appeared on ABC’s This Week on Sunday, where their presidential debate moderator, Martha Raddatz, relentlessly grilled him about Donald Trump’s involvement in the “Birther movement.” Under pressure, Pence defended himself by reminding Raddatz that members of Hillary Clinton’s 2008 campaign leaned on questions of citizenship to take jabs at then Senator Barack Obama. But Raddatz wasn’t having any of it, “I want to talk about the facts. What's the proof of that?”

At first, Pence tried to stick to the issues by noting that the American people don’t care about the birther issue and are not talking about it. “Look, I understand why Hillary Clinton and many of her defenders in the national media want to distract attention from her dishonesty and her disastrous record on the foreign stage,” Pence stated, “I promise you, the American people see through all of this.”

But Raddatz kept pushing Pence to talk about it, often cutting him off as he spoke. “Governor Pence, you said yourself Hillary Clinton is at fault,” Raddatz said, putting words in his mouth, “And you just said it yourself, what is the proof, because we can't find any. And fact-checkers have checked into that.”  Pence tried to call attention to past media reports that pointed to those facts, but Raddatz countered claiming, “The reports of people in my industry say there is no proof they can find that Hillary Clinton had anything to do with it.”

Raddatz seemed as though she was trying to defend Clinton by trying to make it all about what she had said, while, in fact, it was what people associated with her 2008 campaign were saying. The proof of this comes from the liberal Politico who, in April of 2011, found that the start of the birther conspiracy:

Lies in Democratic, not Republican politics, and in the bitter, exhausting spring of 2008. At the time, the Democratic presidential primary was slipping away from Hillary Clinton and some of her most passionate supporters grasped for something, anything that would deal a final reversal to Barack Obama.

Politico’s report is backed up by an article from The Daily Beast, which chronicled how Linda Starr went on a personal crusade to damage Obama with the birther issue, after he secured the Democratic nomination for president. Starr was a Clinton supporter and a Texas delegate for her at the time.

What makes Raddatz’s twisting of words and facts even more disturbing, is that she will be co-moderating the October 9 Presidential Debate with CNN’s Anderson Cooper. 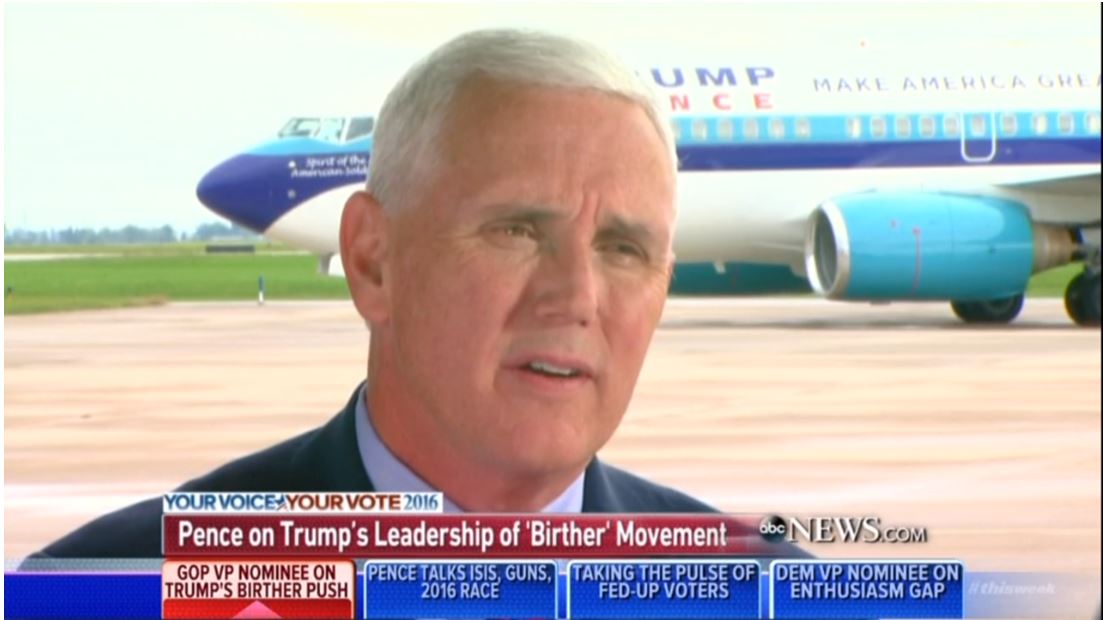 MARTHA RADDATZ: Governor Pence, I know you say you want to talk about issues, but Mr. Trump could have put this issue to bed a long time ago. Just last Wednesday he was asked by the Washington Post a very simple question, do you believe the president was born in the United States? He said he wouldn't answer it then. Then he had major announcement he talked about on Friday, he kept this issue going. Why did it take him so long to say the president was born in the United States, which is a fact?

MIKE PENCE: Martha, it's a fact, and Donald Trump and I both acknowledge that without hesitation. But, I have to really tell you, I understand why many in the national media and Hillary Clinton want to distract attention from her dishonesty and her disastrous –

RADDATZ [Beginning to talk over Pence]: But Governor Pence it's not just the national media. Let me — We counted since April of 2011 and that's the year that Barack Obama gave his long formed birth certificate from Hawaii. We counted 67 times where Donald Trump tweeted or retweeted messaging — messages questioning his birthplace. He has kept this going. He has been a leader in this birther movement.

PENCE: Well, I know there's news reports that trace this birther movement all the way back to Hillary Clinton’s campaign in 2008.

RADDATZ [Talking over Pence]: You believe that Hillary Clinton started the birther movement?

PENCE: Look, I'll let the facts speak for themselves.

RADDATZ [Cutting off Pence]: I want to talk about the facts. What's the proof of that?

PENCE: What I would tell you Martha — Look, as I travel across this country — and I say this very sincerely and very respectfully to you, this is not what the American people are talking about. Donald Trump put this issue to an end yesterday in Washington DC. He essentially said—

RADDATZ [Cutting off Pence]: Why did it take him so long to put it an end? It's not over.

PENCE: Throughout this campaign, he hasn’t been talking about it. He's been talking about the need to have a stronger America at home and abroad. Look, I understand why Hillary Clinton and many of her defenders in the national media want to distract attention from her dishonesty and her disastrous record on the foreign stage. And the fact that she wants to simply continued the failed policies of this administration that have run our economy literally into a ditch. That's not working. I promise you, the American people see through all of this. And I think that's why Donald Trump is going to be the next president of the United States.

RADDATZ: Governor Pence, I’ve been with the voters, in fact just yesterday. And they talked about the birther issue, they believe fueled in part by what Donald Trump has said that President Obama was born outside the U.S. This fuels those conspiracy theories. Do you think he should have promoted this birther issue for all these years? Was he wrong to do this?

PENCE: Our campaign just really isn't focused on the past, Martha, and it really –

PENCE: I would refer you to news reports with the McClatchy news service and reports of people in your industry Martha. But—

RADDATZ [Cutting Pence off]: The reports of people in my industry say there is no proof they can find that Hillary Clinton had anything to do with it.

PENCE: I understand your perspective on it. I understand the desire of many in the national media to change the subject from Hillary Clinton's disastrous record and her dishonesty, but we're just not going to play that game. Donald Trump and I are going to continue to focus right where the American people are focused. And that’s not on the debates of the past, it’s about their future.