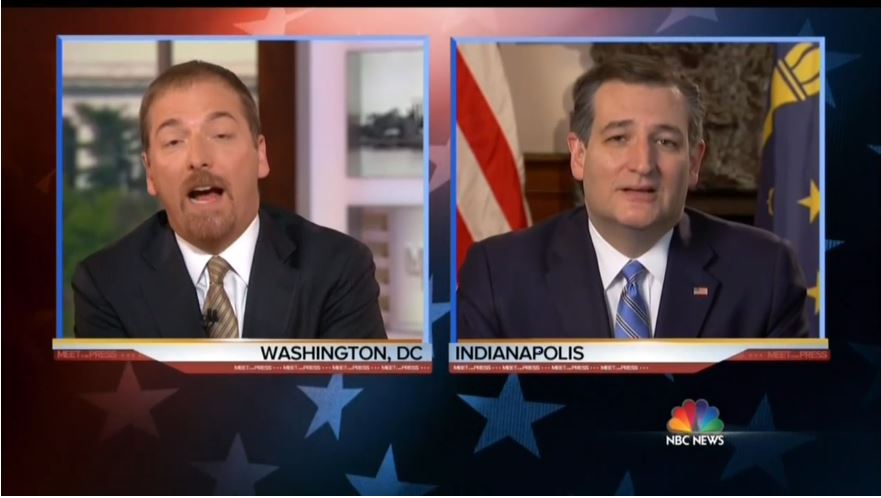 Sparks flew Sunday on NBC’s Meet the Press when Senator Ted Cruz called out the liberal media for their pro-Donald Trump coverage and their biased executives. “The media created this Trump phenomenon and then they don't hold him accountable,” said the Senator during a very long heated interview with the host Chuck Todd. An exchange where Todd was visible agitated by what the senator from Texas was saying about his profession.

The argument started when Todd tried to get Cruz to reveal whether or not he would support Trump in the general election. Cruz refused to answer the question. It can be argued that whatever answer he gave could be used to bolster Trump farther. “I recognize that many in the media would love for me to surrender to Donald Trump, because number one, because Hillary wins,” Cruz said before a snapping Todd cut him off saying, “it’s not about the media, it’s about the numbers! … Republican voters are the ones rejecting you! This is not a media conspiracy, Senator!”

Todd wanted to talk about the numbers. So talk about the numbers Cruz did. “Well, actually, with all due respect the media has given $2 billion of free advertising to Donald,” stated Cruz. The claim by Cruz can be backed up by a number of Media Research Center studies. In January the MRC found that very little of coverage of Trump was about his very liberal past. An MRC study from February found that Trump was receiving three times the coverage his next two rivals were receiving. The trend sky rocketed in April when the “big three” networks bathed Trump in five times more coverage than his rivals, yet another MRC study found.

Cruz pointed out that even though the networks stand to make millions of dollars from more GOP debates they don’t call for any more of them. He argued that the media doesn’t want more because that would mean Trump would have to answer hard questions about the foreign policy speech he had recently given. “They are giving up millions of dollars and the reason is, your network's executives are partisan Democrats,” just looking to help their party in the general election. “You don't get to just say that! Wait a minute, you don’t get to just say that,” shouted Todd before quickly backing down, “It's not true but go ahead.”

“The media created this Trump phenomenon and then they don't hold him accountable,” Cruz continued, “Now, I'm sure the media planned to do so if he's the nominee in general election. Suddenly you'll hear every day about Donald Trump's tax returns.”

Many on the right speculate that is what the liberal media has planned for Trump. Citing how the media played nice with John McCain in ‘08 and Mitt Romney in ’12, but then took the gloves off after the Republican National Convention. Although Todd may not like it, Cruz is right to point out that the media does have a bias for Trump. He drives up their ratings and they think Hillary can beat him. What’s not to like about him for the media?

CHUCK TODD: I understand what you believe in the Republican Party. Are you -- can you support him [Donald Trump]? Can you tell your delegates--

TED CRUZ: Chuck what I’m going to do is beat him

TODD: --Lay down your arms and support Trump? Well, you may not. You realize that?

CRUZ: I recognize—I recognize that many in the media would love for me to surrender to Donald Trump, because—

TODD: it’s not about the media--

CRUZ: Number one, because Hillary wins—

CRUZ: Well, actually, with all due respect the media has given $2 billion of free advertising to Donald. Let me ask you a question, for example, how much money did the networks make on every one of the Republican debates?

TODD: I have no idea because –

TODD: --we didn't have a Republican debate.

CRUZ: Chuck, let me finish this point I'm making. Even though the media stands to make millions of dollars off a debate, you hear radio silence from the media about no debates. They are giving up millions of dollars and the reason is, your network's executives are partisan Democrats. Why doesn't every TV station – 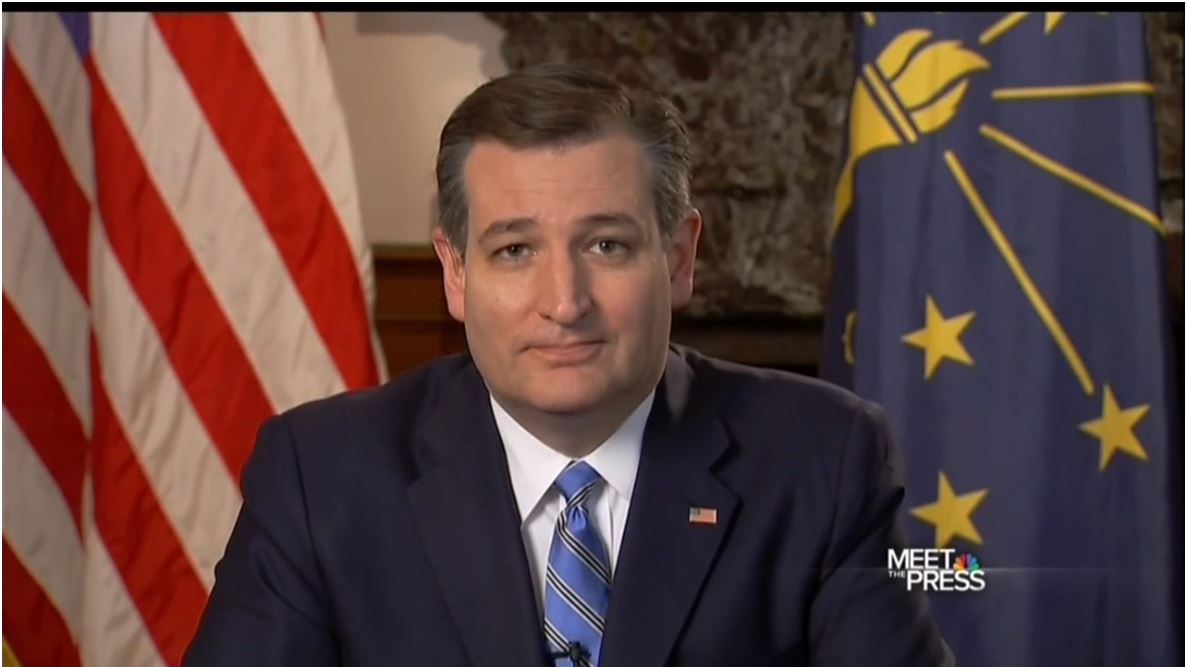 CRUZ: Listen, the simple reality is, the media almost entirely are liberal partisan Democrats. That is the reality of it. The media created this Trump phenomenon and then they don't hold him accountable. Now, I'm sure the media planned to do so if he's the nominee in general election. Suddenly you'll hear every day about Donald Trump's tax returns. When was the last time you talked about his tax returns? You know, we ought to have a debate. There are real differences. Donald won't debate and the media won’t hold him accountable. I think the people of Indiana deserve a debate. I think we deserve a debate here in Indiana.

CRUZ: I am going to beat Donald Trump. We are headed to a contested convention and we're going to win. I'm not willing to concede this country. Listen, this is my kid's future, Chuck. It’s not simply a game –

TODD: Nobody is saying it's a game, sir.

CRUZ: If we lose this, we lose our country and lose the Supreme Court for a generation and religious liberty is taken away and second amendment is taken away. Our kids are bankrupted. We're at the edge of a cliff and I'll tell you the people of Indiana, they really are in a position. The country is depending on them to pull us back from this cliff.