Fox News Host, Bret Baier called the rest of the media out Thursday evening during his update of the story of the Marine assaulted and robbed by apparent Black Lives Matter supporters. “The story has received very little national attention, except on this channel.” Baier said of the media’s silence on the attack.

Sergeant Chris Marquez was knocked unconscious outside of a Washington D.C. McDonalds, February 12, by black youths that were harassing him and asking him if he believed black lives mattered. Sgt. Marquez received injuries to his head and neck as a result of the attack. “I found it very ironic, because the person calling me the racist was the actual racist. And they have no idea about my back ground. What I did for this country. Or what other people like myself, you know, every day we do for this country. ” Sgt. Marquez said in an interview with Fox News.

The national media’s silence is deafening. The news media usually eager to jump all over stories about race and hate crimes, no matter how small, when a white person is the aggressor. For instance, The New York Times recently scoured the county looking for instances of “Islamophobia.” The paper found an instance were beer cans from drunken college students were being thrown at a mosque in Tucson, Arizona. At the time the NYT reported that “No one has been injured. But in light of the highly charged national debate about accepting Muslim refugees in the United States -- as well as the mass shooting by two Muslim terrorists in San Bernardino, Calif., in December -- tensions over the insults and vandalism here have run particularly high.”

This reporting is in stark contrast to the lack of coverage being given to the hate crime committed against Sgt. Marques. The Sergeant was targeted for his complexion and was accused of being a racist for simply ignoring the people harassing him. He was then physically accosted and robbed all because of the color of his skin.

BRET BAIER: An Iraq War veteran is recovering after he was attacked and robbed at a McDonald’s by a group of teenagers here in Washington, D.C. Police have released surveillance footage of the attack Friday night at the restaurant in downtown Washington, in hopes that it will lead to suspects. Sergeant Chris Marquez, a Marine who fought in Fallujah, says the group of teenagers started taunting him while he ate his meal asking him if he believed black lives matter. Marquez says when he didn't respond, they followed him outside where they knocked him unconscious and robbed him. 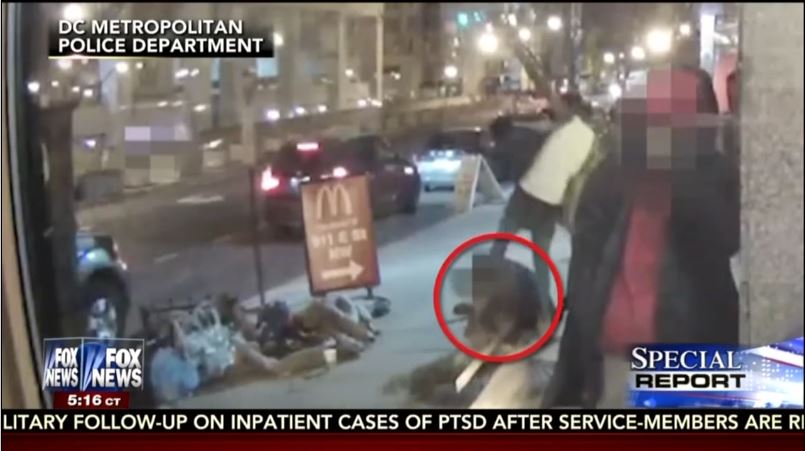 CHRIS MARQUEZ: I found it very ironic, because the person calling me the racist was the actual racist. And they have no idea about my back ground. What I did for this country. Or what other people like myself, you know, every day we do for this country.

[Cuts back to Bret Baier]

BAIER: Marquez suffered head and neck injuries in the attack. The story has received very little national attention, except on this channel.