Bozell: Even Media Will Have Tough Time Spinning Hillary as Innocent Victim of FBI

Media Research Center President Brent Bozell on Wednesday explained that even journalists are having a tough time spinning the FBI’s decision not to pursue criminal charges against Hillary Clinton. Analyzing the response, Bozell explained, “What you got from ABC, NBC, CBS, and CNN were variations of ‘she can breathe a sigh of relief,’ which is another way of saying ‘we can breathe a sigh of relief.’”

Bozell added, “Not even her supporters in the press are buying this one. They are trying to spin it, but even they realize this was a monstrosity yesterday.”

A transcript of Bozell’s appearance is below: 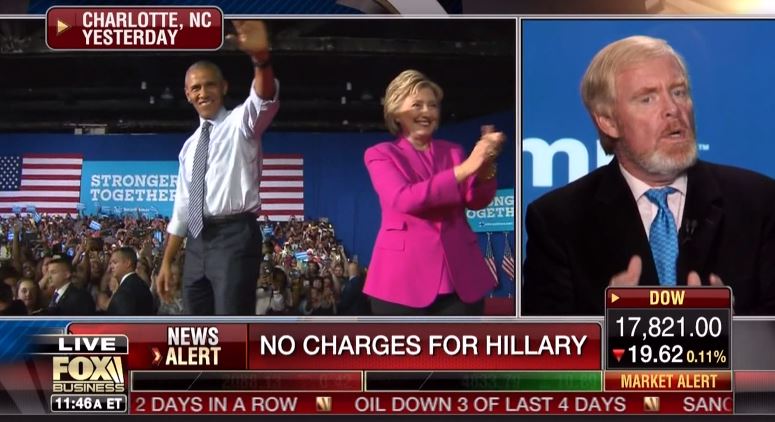 ASHLEY WEBSTER: FBI director James Comey saying he won't recommend charges to Hillary Clinton despite her, quote, “extreme carelessness.” The mainstream media jumping all over this. Huffington Post simply saying “chaos averted” and on NBC News “a painful but acceptable outcome to e-mail saga for Clinton.” Huh. Brent Bozell, Media Research Center president, well, I know what I think about that. Your thoughts, Brent? Are you surprised? Or when it comes to the mainstream media, you're not surprised? 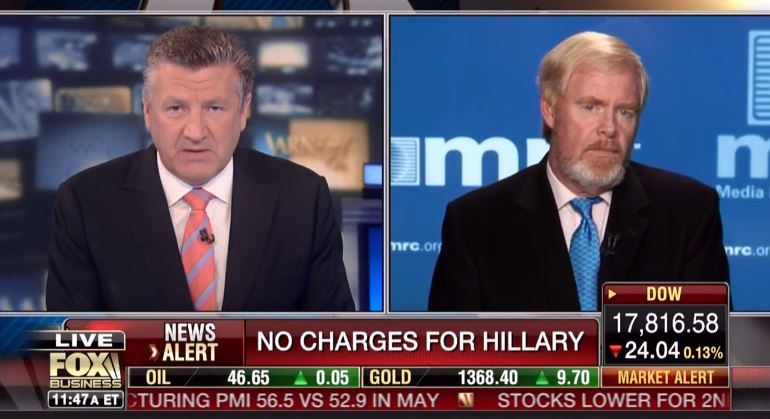 BRENT BOZELL: You know, I tell you it's a little bit surprising. Very few people in the press yesterday had the story line that Hillary Clinton has been vindicated, which is what they normally do. Instead, what you got from ABC, NBC, CBS, and CNN were variations of “she can breathe a sigh of relief,” which is another way of saying “we can breathe a sigh of relief.” And they all had that kind of attitude. But at the same time, all of them also said that this one's not over, that there is a political downside. So you got the sense that no one's buying it. Not even her supporters in the press are buying this one. They are trying to spin it, but even they realize this was a monstrosity yesterday.

WEBSTER: It really was. And then of course I feel lake the media making a bigger deal of the Trump's retweet involving what was called with a Star of David. And of course Trump and his camp saying, no, that's actually a sheriff's badge on that tweet. But that, I think that got much if not more attention than a major investigation by the Federal Bureau of Investigation into our nation's secrets being put at risk. It seems very unbalanced to me.

BOZELL: Oh, it is. Pitiful. I mean this is the kind of stuff that you look at that, and you look at this offense, and I put that in quotes by the Trump campaign, and you shake your head, and you say do we not have more important things to worry about? Like, for example, Benghazi, which was another whitewash last week. And I'm not going to stop saying that. And now the e-mail servers and the fact that as Rudy Giuliani put yesterday on your network, which I thought was stunning, if the FBI were doing a clearance for her today, she wouldn't get any kind of clearance and yet she would like to be the president of the United States. Nobody in the press is reporting that one. No one's reporting just how outrageous the outcome here is. They will try. She will try to take the attitude to “let's move on, move on, move on.” That's what they always do. Let's move on, this is over, this is behind us. I'm wondering to what degree the media will go along with this time. It's just too preposterous.