Media Research Center President Brent Bozell on Wednesday excoriated the “absolute partisans” in the media who are turning the Orlando terror attack into a political attack on Donald Trump. Appearing on Fox Business’s Varney and Co., Bozell aslo ripped the “fascistic attitude that says you are not allowed to question what it is we're doing or in the case of this administration, not doing.”

Regarding Obama’s reticence to use the phrase “Islamic terror,” the MRC president decried journalistic reaction: “Oh, they're absolute partisans in this. You know, since Orlando, the press has been trying to do everything in its power, along with the President, not to finger Islamic terrorism on this.”

Regarding scapegoats for the terror attack, Bozell referenced CBS This Morning co-host Gayle King wondering, “What will it take to move the needle" on gun control. 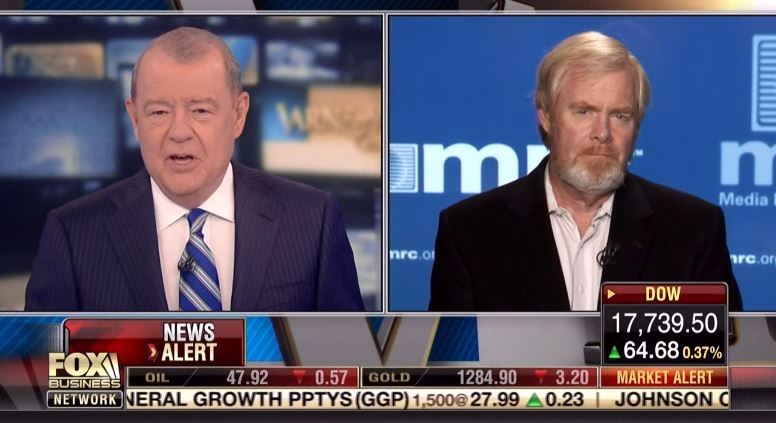 STUART VARNEY: Seems like the mainstream media is universally opposed to Donald Trump. Here is an example. This is the headline from the Washington Post blog. And here’s the quote: “Obama just ripped into Donald Trump's neat mayor vision of America. He's right.” Brent Bozell is here. Is this fairly typical of the mainstream media's response to the Trump-Obama fight yesterday? 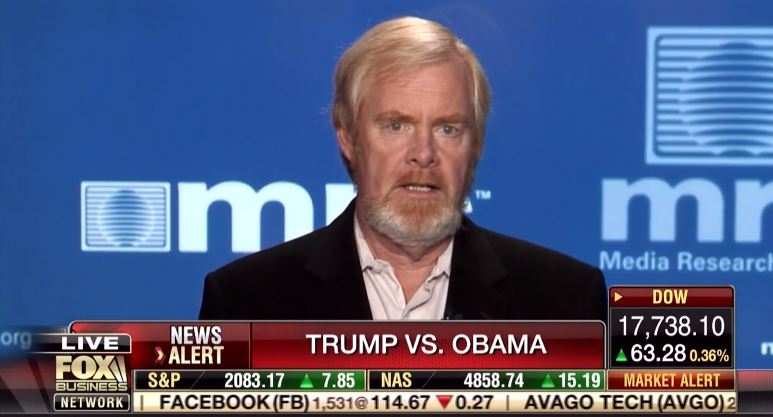 BRENT BOZELL: Oh, they're absolute partisans in this. You know, since Orlando, the press has been trying to do everything in its power, along with the President, not to finger Islamic terrorism on this. Their first bailiwick is the NRA. The NRA did this. You’ve got the Daily News. They have blaring headlines, “Thanks, NRA.” You’ve got Gayle King of CBS saying, “What will it take to move the needle on gun control?” Now, gun control is what is going to solve this. The second line has been Christianity, if you can believe it or not. CBS had a story last night when they found a crackpot Christian pastor who thought Orlando was a good thing. So it's Christianity according to CBS that's the problem.

And the third is Donald Trump. And what Barack Obama did, you know, it's just so disingenuous. He goes around the world and talking to heads of state on state visits and just can't get out of politics, attacking Donald Trump. And then he comes back here and he does a press conference, denouncing the partisanship of Donald Trump and then denounces him again. Now, the press could call him out on this. Instead it was universal, except for Fox, the press lauding what he did.

VARNEY: You know, for several years you and I —  we have been talking together and for years I've said, “You know, at some point the mainstream media has to see the light here. This is— I’m going to say a failed presidency and at some point the mainstream media will see what's going on and change its tune maybe just a little bit.” You know, Brent, I’m totally wrong. Flat out, completely, 100 percent wrong, aren’t I? Yes.

BOZELL: But here is the double whammy. If they're going to accept, if they're going to recognize the failure of Obama and foreign policy, well, it follows they have to recognize the failure of Hillary Clinton, who is the Secretary of State. Well, he's the candidate of choice, they're not about to do that. All they want to do is attack Donald Trump, Donald Trump, Donald Trump. And what they're saying, this is the left today that will not brook criticism. This is kind of a — it's a fascistic attitude that says you are not allowed to question what it is we're doing or in the case of this administration, not doing.

VARNEY: He tells it how it is. That’s Brent Bozell for you. Thanks, again, Brent. Always a pleasure. Thanks for being with us.