Appearing on the January 29, 2015 edition of Morning Joe, Mohyeldin condemned Kyle’s “racist tendencies towards Iraqis and Muslims as he was going on some of these, you know, killing sprees in Iraq on assignment.” The comment was so egregious that he went on to win the MRC’s quote of the year.

Writer, journalist, radio host and former Republican candidate for the House of Representatives Martha Zoller presented the award. The President of Judicial Watch, Tom Fitton, appeared to accept the award. Speaking of journalists like Mohyeldin, he said, “We should be outraged. They hate the military. And God bless those who serve, given the attitude that that award winner is endemic of.” 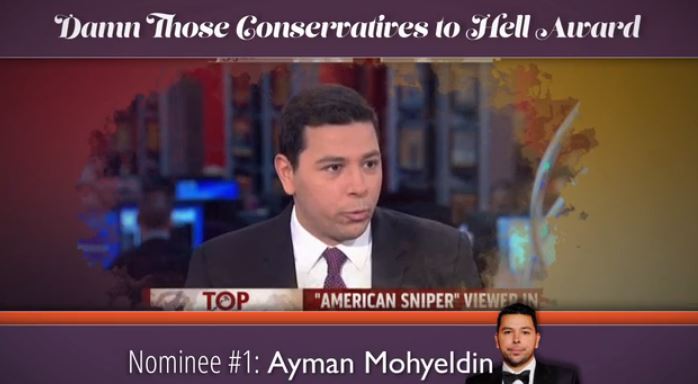 For quote of the year, go here.

To see all the awards, categories and nominees, check out the MRC’s DisHonors page.