CNN: After 7 Days, Only 4 Minutes On Clinton Uranium Scandal 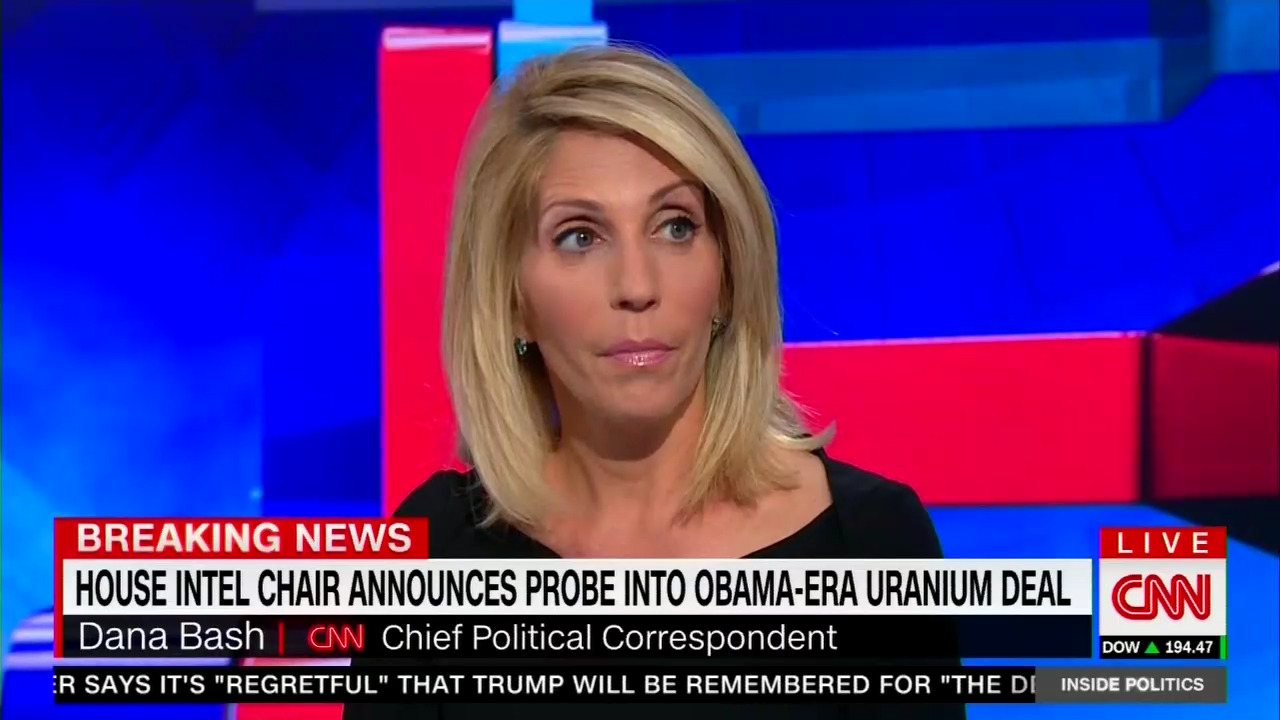 For the first seven days after The Hill published startling new information about the Clinton/Russia/Uranium scandal, the 24-hour cable news giant CNN had produced less than five minutes (3 minutes, 54 seconds) of actual news coverage about the case.

From 7am ET October 17 through 7am ET October 24, CNN's reporters and anchors only mentioned the scandal twice: first, on October 19, after President Trump scolded reporters for failing to cover the story, anchor Wolf Blitzer offered a 19-second explanation of what Trump was talking about.

Then, on October 20, Blitzer's 5pm Situation Room included an interview with an ex-Obama administration official, Jake Sullivan, who told Blitzer that Trump's charge of corruption against the Bill and Hillary Clinton "had no basis in fact." Blitzer, to his credit, at least pushed back, asking Sullivan about how "some of these Russians who were involved were giving the Clinton Foundation thousands, tens of thousands, hundreds of thousands of dollars, and Bill Clinton was going to Russia to deliver speeches for huge speaking fees?"

That interview lasted a total of 3 minutes, 35 seconds. CNN also aired live coverage of a Wednesday morning hearing in which Attorney General Jeff Sessions and Judiciary Committee Chairman Charles Grassley discussed the case for 4 minutes, 53 seconds, without any additional comment by CNN. Additionally, the network carried live coverage of President Trump on Thursday talking about the need for more attention -- his remarks on this subject totaled 61 seconds, followed by Blitzer's short comment (noted above).

This afternoon, CNN also went live for a press conference by House GOP members announcing an investigation into the story CNN hadn't bothered to cover in the past week.

After the press conference, CNN Chief Political Correspondent Dana Bash dismissed the story as little more than a conservative conspiracy theory. “What we do know is that the President tweeted about it a couple of days ago, on the 19th of October. Sean Hannity, Fox News, the conservative media, from Breitbart to talk radio, they have been aggressively pushing this story, saying that the mainstream media is ignoring it.”

If conservative media was aggressively pushing this over the past week, CNN certainly wasn’t listening.

Bash then accused the committee of only bringing this case up to appease the GOP base – not because of its own merits: “obviously the fact that all the Republicans, not the Democrats, but just the Republicans on the House intel committee gathered to announce that they’re investigating this, you know, means that there is – that they’re listening to their base.”