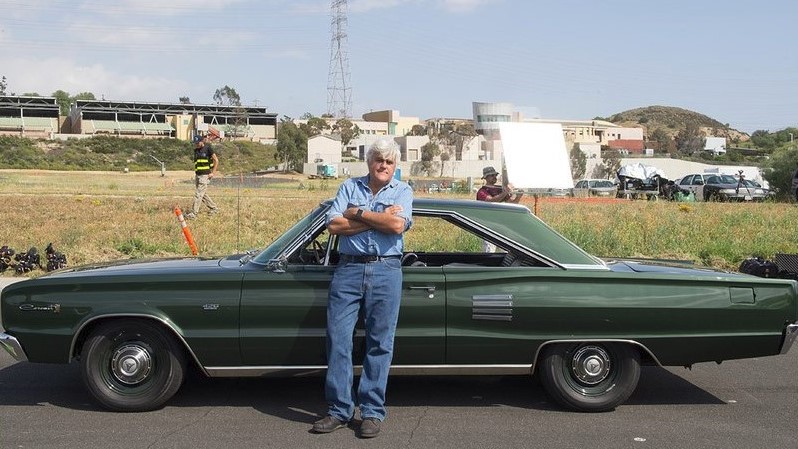 Don’t ask Jay Leno if he misses his gig as the former late-night host of NBC’s The Tonight Show, he’s quite content playing with his cars on his CNBC show Jay Leno’s Garage, as he told The Hollywood Reporter. He praised all the current hosts, but finds the tone under Trump depressing.

He added "God bless all the late-night hosts, they make it funny, but ultimately, it's depressing.You don't really watch late-night TV to get away from reality anymore; now it's more in your face. You laugh but then you go to bed going, 'Oh man, the world is really pretty rough.' And it's not, it's one man that causes all these problems!”

Leno found an “upside” to Trump’s presidency – an uptick in the women’s movement. “I always used to meet young women who would say, 'I'm not a feminist or anything but I want to get the same money as a guy.' I'd say, 'What do you think it means to be a feminist?' Now they're beginning to understand…”

He also sounded a little different than the current late-night hosts: “People are so incensed by Trump and what he does. But the country is actually OK — unemployment is down, people are working — so ultimately some good will come out of it.”

When asked about David Letterman doing some interviews on Netflix, Leno said he doesn’t miss having a platform to poke fun of (or in Letterman's case, gush all over) former presidents. He told THR he enjoyed it for over 20 years, “But at some point, it turned into a young person's game. At my age, I can't pretend to know all of Jay-Z's music. When you're 40, you talk to the 26-year-old supermodels and it's sexy; when you're 67, you're the creepy old guy. At some point, you need to step back and say, 'I did it.'"