Teen Vogue: Denying Transgenders Their Bathroom of Choice Can Cause Migraines, Dehydration 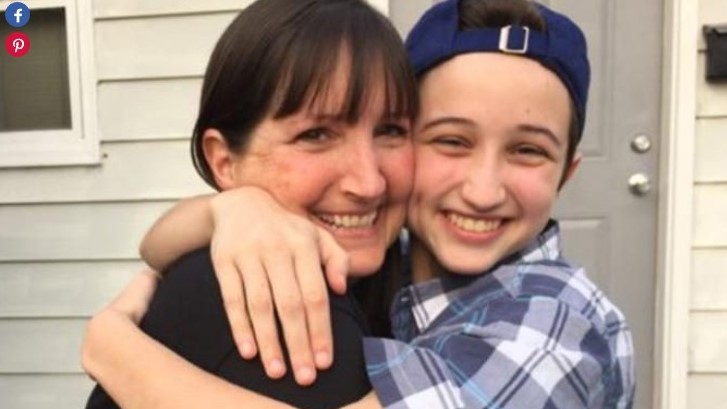 Teen Vogue’s Britney McNamara recently wrote a completely lopsided article on a 16-year-old transgender student from Kenosha, Wisconsin who is suing her school because she wasn’t allowed to use the boys’ bathroom.

“Ash” Whitaker said school administrators made life “miserable every school day since this spring, when they told me I could no longer use the boys’ restrooms, which I’d been using with the support of my classmates for months.” Ash also says he was discriminated against when it was suggested that transgender students wear bright green wristbands to monitor which bathroom they use, and the “school administrator’s insistence of using female pronouns.” This allegedly led to medical complications:

Not being able to use the bathroom of the gender he identifies with made Ash anxious and upset, even leading to migraines and dehydration when he cut down his water intake to avoid having to pee at school.

The problems continued in April, when Ash tried to run for prom king but his school initially wouldn't let him. It took a petition and rallying of his classmates to get them to reverse their decision. But the final blow came during a summer orchestra trip, when the district forced Ash to choose either bunking with the girls or in a private room, CNN reports.

Ash is suing his school due to the emotional trauma it has caused which has led to depression, anxiety, and having a negative effect on his academic performance. This is the closest approximation of a contrary opinion in the article: "Meanwhile, the district told CNN it is confident it is in compliance with all laws."

This is where McNamara really turns into an advocate:

All this is happening in the middle of a national debate on whether people should be able to use the bathroom of the gender they identify with. It also comes after a letter from President Obama told all public schools to allows students to use the bathroom that corresponds with their gender identity.

In many cases, lawmakers or officials use the excuse that not allowing transgender people in their chosen bathroom is protecting cisgender people (from what, we’re not sure). But in this case, if Ash’s classmates support him and rallied around him, who is the administration protecting?

Earth to McNamara.  Did you ever consider the school administration is keeping “Ash” safe because if they did allow “him” to use the boy’s restroom, “he” may be bullied, abused, or even worse…raped?  So yeah, there’s a legitimate reason why the administration is doing this.  Why not give both sides of the story?