On Sunday, Fox News Channel’s Shepard Smith spoke to former Governor of Louisiana Bobby Jindal about the Baton Rouge ambush on law enforcement that took the lives of three officers and left another three wounded.  Right off the bat, Smith attacked Jindal for using the “divisive” phrase, “All Lives Matter.” [Hat tip SooperMexican at Right Scoop.]

SHEPARD SMITH: Governor, you know that phrase you just used, is one that is seen by many as derogatory. Right? I just wonder why it is you would use that phrase when there's a certain segment of the population that believes it's a real dig on them.

JINDAL: Well, Shepard, it's not meant to be. The point is, we've got to move beyond race. Look, these police officers, these are the men and women who run towards danger and not away from it so we can be safe. It's time for us to be unified as a country. We've got to look beyond race. I think that's one of the dumbest ways to divide people, it's one of the dumbest ways to classify people or categorize people. We shouldn't be divided. We do need to be united. These police officers, they don't care if you're black or white, they will run towards danger to protect you. That's what they swear to, that's their duty, that's what they do for us. These are heroes!

SMITH: This sounds like two different things to me, Governor. I mean, we had an incident involving a black suspect who was shot and killed but according to the mayor of Baton Rouge, this is an ambush of law enforcement officers that's sending shock waves really across the nation at this moment, having nothing to do with innocent officers on patrol and shot dead at a B-Quick store on Airline Highway in Baton Rouge.

JINDAL: Beautifully said. That’s right, and we saw the senseless shooting in Dallas of five police officers there, the senseless execution of five police officers there. My point, Shepard, is that we've got to value all human life. We've got to support our police officers. We''ve gotta say these are heroes. These are men and women who are sworn to protect our community, and every day, their jobs are a dangerous one.Unfortunately, we were reminded of that again today in Baton Rouge....I don't think this is the time to politicize this. I don't think it's the time to point fingers, I'm merely saying we need to be united and not divided. We need to support and protect our police officers. This shouldn't be happening in America. These aren't the kinds of incidents shouldn't be happening in our country, these are the kinds of things you unfortunately expect to see in Third World countries...

SMITH: Governor, I'm hearing nothing but universal condemnation on here, and I'm also not hearing anyone with any very good ideas about how to stop what appears to be an escalation in tensions. It's one thing to say it, to say that we need to be united, we've been saying that for a long time, but we've apparently not done a good job in getting there. And I just wonder if you think that there are any answers, though certainly complicated, to try to dial this back, to ratchet this back, because it's becoming untenable.

Jindal responded to Smith that his pastor urged people to pray to God and fast and to be unified and made mention that too many people try to exploit division for their own purposes, "whether by race or ideology."

Smith actually agreed, but when Jindal said that "all lives matter" again, Smith again took offense to the statement, calling it unhelpful! 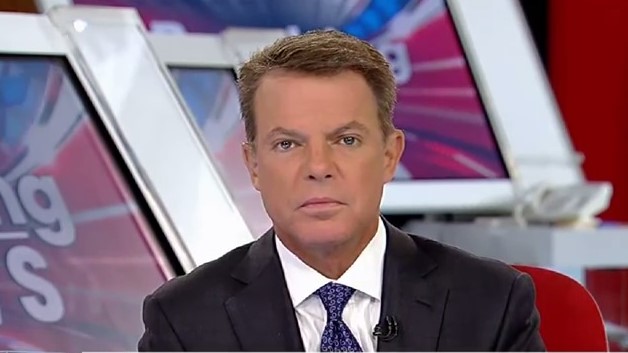 SMITH: I don't understand, Governor, why do you say that? I mean, it's certainly given that's the case but you know that's a very, very divisive phrase that a lot of people hear and become really upset about.  I just wonder why you keep using it!

JINDAL: Well, Shep, they shouldn't be! That's my point --

SMITH: But they are. Governor, they are.

JINDAL: But Shepard, that's what we got to move beyond.

JINDAL: Just because people want to divide us by race, we shouldn't let them do that. You just said that's true. Well, if it's true, why are we afraid of saying every life is precious in God's eyes?

SMITH: The semantics of all this are just so unhelpful and we talk about uniting but we don't really do it. We haven't done it.

Correct, Shep.  It's nearly impossible to be united when there are people such as yourself who take offense to the inclusive slogan "all lives matter" when you clearly prefer one that categorizes and classifies a person by race.  Now, who's being the divisive one?