CNN host Wolf Blitzer interviewed #BlackLivesMatter founder Daunasia Yancey and activist Julius Jones on Tuesday about the recent backlash the movement has been receiving with the tactics used to protest, that it's not polite.

Blitzer went easy on them – especially when it came to some of the ridiculous comments made taking offense to the concept that "all lives matter." Jones called that a "violent statement."

He asked Yancey about  the impoliteness of disrupting candidate speeches. "Are you going to continue to do this? Because there has been, as you know, some criticism that's not polite, that's not the right way to get message across." Yancey declared "these are some of the most powerful people in our country vying for the most influential and powerful seat. If we can't hold them accountable, what are we to do, right?" 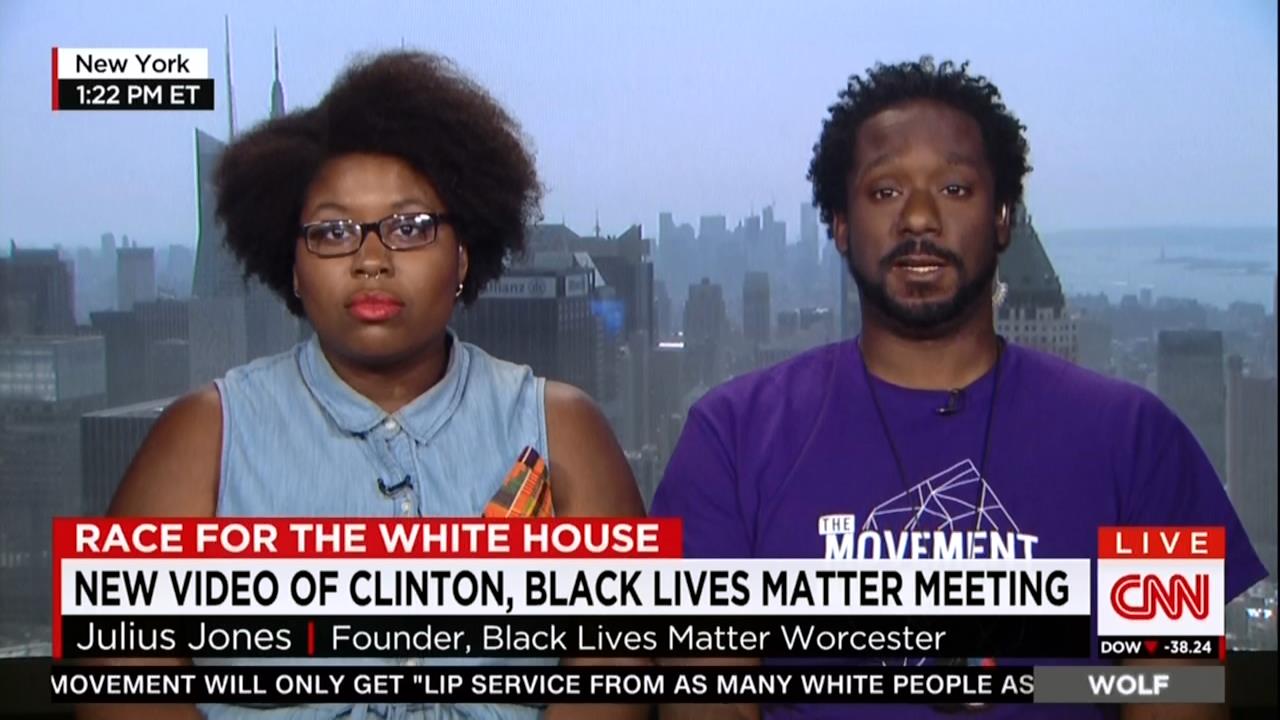 That was the perfect opportunity for Blitzer to ask them why they don’t go after President Obama, who promised to do so much for the black community but hasn’t – in fact – in many instances it’s only gotten worse!  After all, isn’t it Obama who is the most powerful person in the country – not some presidential candidate trying to get elected into office? Why the double standard?

When Blitzer asked them if “we could expect more of that kind of interrupting candidates…” Jones interrupted: “There is actually more diverse tactics than just shutting down…We’ll shut them down, we’ll have meetings, it will –whatever it takes to get Black Lives Matter on the national agenda is…what we’re seeking to do.”

Why didn’t Blitzer call them out on the fact that what he just said offered no “diverse tactics” – only shutting down candidates and have confrontational meetings – such as the case with Hillary Clinton? That’s all anyone has seen – shutdowns and shut-ups.

That should’ve been a slam dunk for Blitzer as far as follow-up questions are concerned. How could someone possibly say that “all lives matter” is in opposition to Black Lives Matter and that it’s a violent statement? So is Jones saying that only Black Lives matter now?  That’s an outrageous comment that deserved to be clarified.
Instead, Blitzer ended the paltry interview by just saying "thanks very much" to them for coming on his show.

The duo also appeared on Monday night on The Nightly Show with Larry Wilmore, where Jones repeated his claim that "all lives matter" is a violent slogan. At least Wilmore then asked about how they hold Obama accountable. Yancey said every president ever is lacking: "No president of the United States has ever stood up for black lives in a significant and real effective way. And he's no different to be quite honest." Jones said he liked Obama's 2008 race speech, but nothing much after that.

Wilmore then demanded these people disrupt a Trump rally, to wild applause and screaming from the very liberal audience: "One last question. Do you have any plans -- and please say yes! -- do you have any plans to disrupt Trump's camp?" Yancey said they'd disrupt all the candidates.