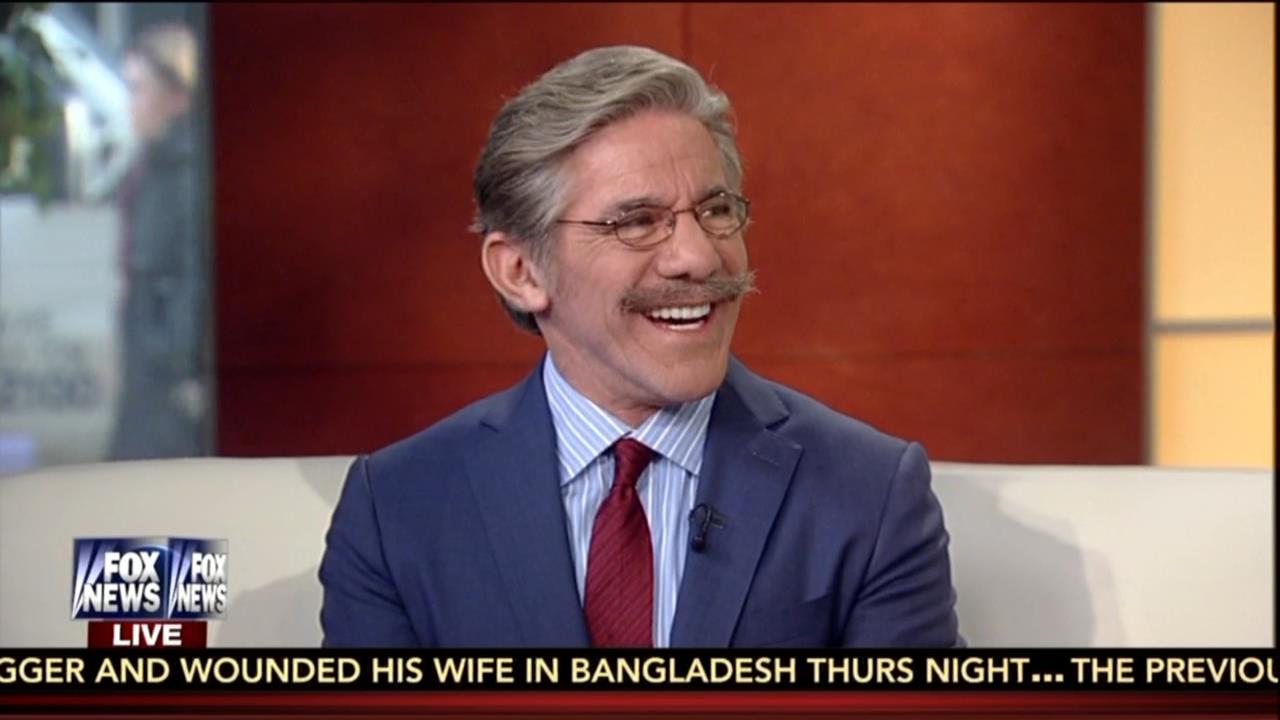 He may be 72, but Geraldo Rivera is threatening people with violence once again!

Just last month, the Fox News personality was on The Five and made the comment that people were sensationalizing the death of Kate Steinle, the San Francisco woman who was “allegedly” murdered by an illegal immigrant. Co-host of “The Five” Eric Bolling called out Rivera, saying he exploits and sensationalizes everything. This put Rivera over the edge and threatened Bolling:

“You’re lucky that you’re my friend or I’d knock you out right now!”

The segment was so tense that cameras cut away and went to commercial.

Now Rivera has threatened former GOP consultant Roger Stone, an adviser to Donald Trump, over a comment Stone made July 28 on Twitter when Stone suggested that Ana Navarro and Roland Martin were “quota hires” at CNN: “Ana Navarro the dumbest person on TV since CNN fired moron @rolandmartin – both quota hires.”

Mediaite was quick to jump on the story when Martin responded to Stone: “I laugh at despicable people like @RogerJStoneJr. They think calling me & @ananavarro a racial quota hire causes pain. I LAUGH at him.” Then he made a movie refence to the violent Quentin Tarantino movie Django Unchained: “I’m that Black guy who isn’t afraid of punks like you. You’re Mr. Candy. I’m Django. I’m a free Black man. Deal with it!”

Rivera joined in: “@ananavarro & @rolandmartin have twice the intellect and integrity of @RogerStone. @realDonaldTrump doesn't need thugs like him.”

Stone responded, adding fuel to the Twitter fire that was ensuing: “@GeraldoRivera is an embarrassing hack fired by FOX for his lack of ratings. Ailes kept him around long past any value. #pathetic”

That’s when Rivera shot back and threatened Stone: “when I see you around Fox News I'm going to kick your racist ass punk.”

Rivera has been posting some questionable tweets lately - not only about threatening people, but of breast pumping, Cecil the Lion and hunters having “penis envy,” and we'd like to forget that awful half-naked photo he posted of himself claiming “70 is the new 50.”  Maybe Geraldo should layoff Twitter for a while.