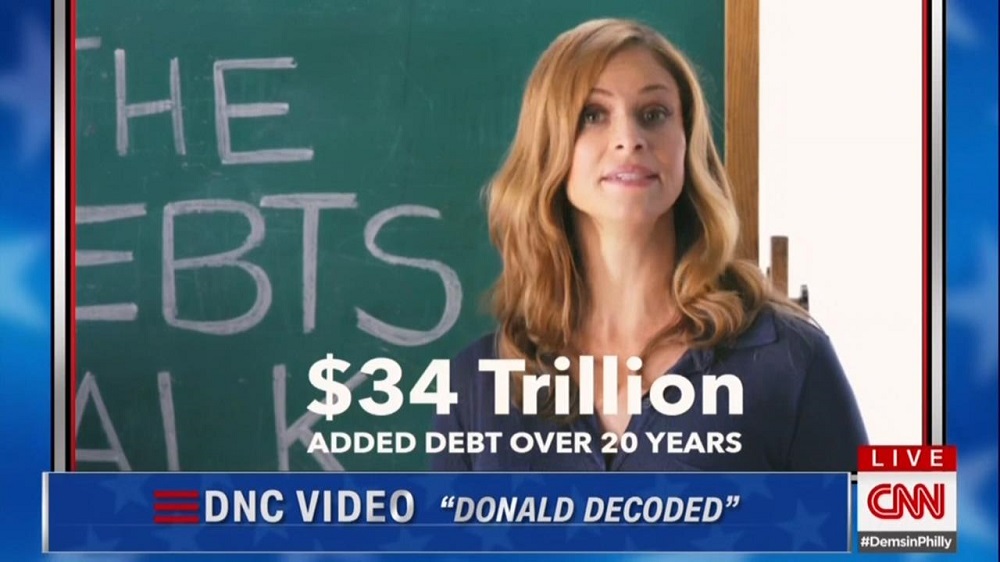 CNN has clearly favored Democrats during their convention by playing more of their pre-produced videos during its first three days than they did during the entire Republican convention. So far, the liberal network has played 16 video montages and anti-Donald Trump featurettes totaling 47 minutes and 53 minutes of air time — all during their prime time coverage (8 pm Eastern to midnight) of the political confab. By contrast, CNN only played three of the Republican convention's videos, which added up to 14 minutes and 17 seconds of air time over four nights.

[UPDATE, July 29: During the last night of the Democratic convention, CNN ran two more DNC-produced videos, including the lengthy profile of Hillary Clinton. This brings the number of videos they ran during the convention to 18, six times more than they aired for the GOP convention, totalling 62 minutes of airtime.]

The network skipped playing the GOP's videos on the Benghazi terror attack scandal and on the Fast and Furious gunrunning scandal during its first evening. The Republicans had planned to include one video during the second night, but it got preempted by the roll call of the states. CNN finally ran two of the pro-produced videos from the Republican National Convention on its third evening. However, the first commemorated the 47th anniversary of the Apollo 11 moon landing — obviously not a partisan attack montage — and the second was a personal testimony by a longtime employee of Mr. Trump about his family. They ignored the final video that featured Donald Trump's adult children.

Republicans featured three videos on the final night of their convention. During the first, CNN interviewed former House Speaker Newt Gingrich. Instead of airing the second, the network first turned to anchors Wolf Blitzer and Jake Tapper, and then proceeded to reports from correspondent Sara Murray and Dana Bash. CNN did air the third video, which was eight minute and eight second biography video about Trump that ran just before his acceptance speech.

The following week, the liberal network aired seven out of ten of the Democrats' pre-produced videos during the first night of their convention. Three of the videos served as introductions for speakers — a 11-year-old child and her illegal immigrant mother; Michelle Obama; and Bernie Sanders. The other four were all anti-Trump short productions that attacked him on some of his past comments; the woman issue; his mocking of a disabled journalist; and the Trump University controversy. The second anti-Trump video actually came from the "Funny or Die" comedy troupe.

CNN showed a little more restraint on the second evening of the Democratic political event. They only aired four out of ten of the party's videos. Two were introductions to a group of mothers who were killed in confrontations with the police or other violence, and to former President Bill Clinton. A third boosted Mrs. Clinton's time as President Obama's secretary of state. The last of the evening put the former senator's presidential nomination in a historical context.

On Wednesday, CNN skipped only two out of seven of the DNC's video productions that night. Just as on previous evening, three of them were introductions — for Vice President Joe Biden, Vice Presidential Nominee Tim Kaine, and President Obama. The last introduction for the outgoing chief executive lasted three seconds shy of ten minutes.  The other two boosted the Democrats' pro-gun control stance and again attacked Trump, this time on the issue of debt. The latter was also a "Funny or Die" production.