Since its foundation in Tokyo, Japan after the end of World War II, Sony Corporation has been a wonderful institution, and continues to be such today. The company’s consumer electronics are by far some of the best on the market, from classics like the Walkman music player to modern innovations like the Bravia television set (which I got as a present for my college graduation) and the PlayStation series of video game consoles.

So, why is the gadget maker letting their Sony Pictures Entertainment subsidiary (through its Columbia Pictures label) go the way of the rest of mainstream Hollywood and alienate a large swath of Americans with liberal social justice propaganda, which is even inserted in their entertainment, despite ending up performing poorly at the box office? 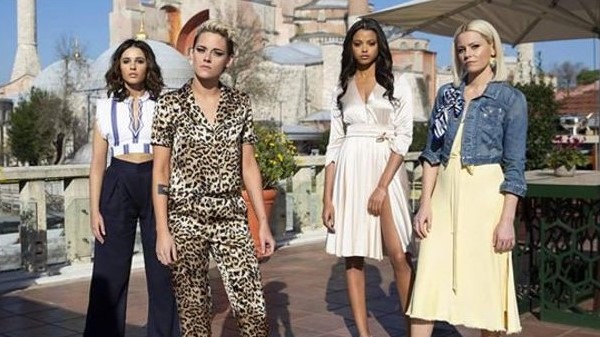 The most recent example comes in a new film version of the 70’s TV classic Charlie’s Angels. This new version stars Aladdin‘s Naomi Scott, newcomer Ella Balinska, and leftist Kristen Stewart. Director Elizabeth Banks, herself an unabashed left-winger, revealed the feminist pandering she plans in her new reboot of the classic franchise in an interview with the Collider website:

One of the statements this movie makes is that you should probably believe women. We have as much validity in what we’re feeling and how we want to go about living in the world, being in the world, and that was really important to me, that we felt like we had characters that were being taken seriously and given a chance to live their best life.

I understand her intentions quite well, but the term “believe women” is pretty divisive due to the fact that radical feminists have weaponized it to smear who is now an associate justice to the US Supreme Court, Brett Kavanaugh. Collider expresses it as "letting female rage express itself."

Keep in mind that in 2017, Banks smeared legendary director Steven Spielberg for ‘sexist’ casting according to TheWrap, a charge she eventually had to apologize for:

I went to Indiana Jones and Jaws and every movie Steven Spielberg ever made, and by the way, he’s never made a movie with a female lead. Sorry, Steven. I don’t mean to call your ass out but it’s true.

You have to wonder what the reaction of original Angels producer Leonard Goldberg must be. It has to be really disappointing to see a work you were involved in destroyed by liberal Hollywood like this. However, it isn’t the first time Sony Pictures has pandered to feminists, or left-wingers.

In 2016, during the Hillary Clinton presidential campaign, director Paul Feig released a Ghostbusters reboot featuring an all-female cast that includes Melissa McCarthy and liberal Saturday Night Live cast members Kate McKinnon and Leslie Jones. That movie was filled with victimization propaganda, and ended up being a disastrous flop for Sony, leading the studio to start development on a true sequel to the original Ghostbusters and Ghostbusters II.

Heck, even back in 2013, they gave director Roland Emmerich a platform to smear conservatives and the military as terrorists in a movie called White House Down, a film that writer Christian Toto (then writing for Breitbart News) described as “Unrelenting Liberal Propaganda Disguised as Popcorn Entertainment.”

Outside of Disney releases like the new Aladdin remake, Spider-Man: Far From Home (which Sony co-produced), and Toy Story 4, the 2019 box office has seen a disastrous summer so far, Hollywood as a whole has been witnessing an embarrassing 6% fall. Could part of it be that people are tired of seeing rehashes and the force-feeding of “woke”-ness?

Odds are the new Charlie’s Angels will probably join that unfortunate club. And if the new reboot does indeed flop, Sony’s higher ups in Japan should have the Culver City movie studio do a bit of soul-searching, especially if this downward trend continues. You would think they had done that already after that horrible hacking incident that occurred earlier in the decade.