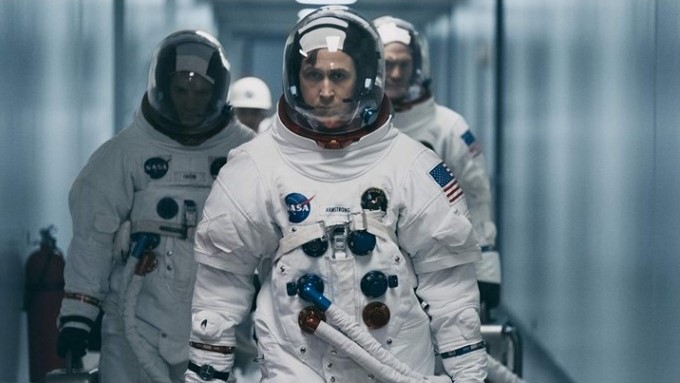 Looks like removing any references to American achievement in the Neil Armstrong biopic First Man, the latest movie from La La Land director Damien Chazelle, didn’t pay off at all.

According to the recent ticket sales report on Box Office Mojo, the film cost $59 million to make, not counting an extra $50 million for marketing costs. But Deadline reports that it performed way below expectations by earning just $16 million domestically, with a total of $25 million worldwide.

This resulted in the film ranking at #3, below Universal’s expectations of a $29 million opening. John Nolte of Breitbart said this about the disappointing performance:

At worst, the story of Neil Armstrong’s historic trip to the moon was projected to do much better, anywhere between $19 million and $21 million. Keep in mind, though, that those projections are usually downplayed as a means to save face and to inspire free publicity when a film over-performs.

In other words, $16 million is a catastrophe for a movie that probably cost $100 million to $125 million to produce and publicize.

Mr. Nolte is exaggerating when it comes to the disappointing opening weekend, but he is right about how the people behind the film should be scratching their heads thinking, “What happened?” Why did it fail to dethrone such box office juggernauts such as Sony’s Venom and Warner Bros.’ A Star is Born?

For one thing, could the main reason why it didn’t do so well at the box office last weekend be because it removed Armstrong planting the American flag on the moon, which was the most memorable image of the Apollo 11 mission. As previously stated, First Man star Ryan Gosling decided to run his globalist mouth by saying Armstrong's moon landing “transcended countries and borders” and "was widely regarded in the end as a human achievement [and] that's how we chose to view it."

Sources like The Hollywood Reporter can ignore the real story all they want, but the fact that the film removed most references to America is part of the reason why the movie did so badly on its opening weekend.

There’s no doubt that Damien Chazelle is a talented director. La La Land is just one of those classics that will withstand the test of time, especially due to its influence from the extravagant MGM musicals of the 30’s and 40’s.

When La La Land was nominated for an Oscar for Best Picture (although it lost to Moonlight), it definitely showed Chazelle’s potential to join the ranks of such mainstream cinema pioneers as Walt Disney, Steven Spielberg, and George Lucas. But now, with this revisionist take on the Neil Armstrong story, that potential has been shattered with anyone other than coastal elites.

It doesn’t help that he has made some vicious anti-Trump comments on Twitter according to Billboard magazine, starting with "The Trump administration is openly endorsing Nazism and white supremacy. It's that simple." And "I hold out hope. That the GOP will come to its senses and call for impeachment." And then, "call on the GOP as passionately as possible: impeach this loathsome misogynist racist."

I can’t tell you how disappointing this First Man situation is. But it’s no accident, it’s being produced by Universal Pictures, whose parent company is propaganda central in the USA.

And you wonder why much of the entertainment industry is losing ground to streaming.