If it's sauce for the goose, it's sauce for the Hillary . . . Question for MSNBC's Katy Tur: of all the epithets Donald Trump pinned on his primary opponents, which was the first and arguably most effective? Bet you answered "low-energy," with which Trump of course famously jabbed Jeb. It stuck, and helped drive Jeb from the race.

Did people suggest at the time that Trump was hitting below the belt? Nope. So why is it suddenly unfair for Trump to say something very similar about Hillary? On today's Morning Joe, discussing Trump's critique of Hillary, Tur claimed: "there's this veiled sexism they have been accused of, somebody that doesn't have the strength and stamina, somebody who should not be president."

Notice how Tur initially makes the "veiled sexism' accusation herself, but then deftly puts it in the mouths of others. 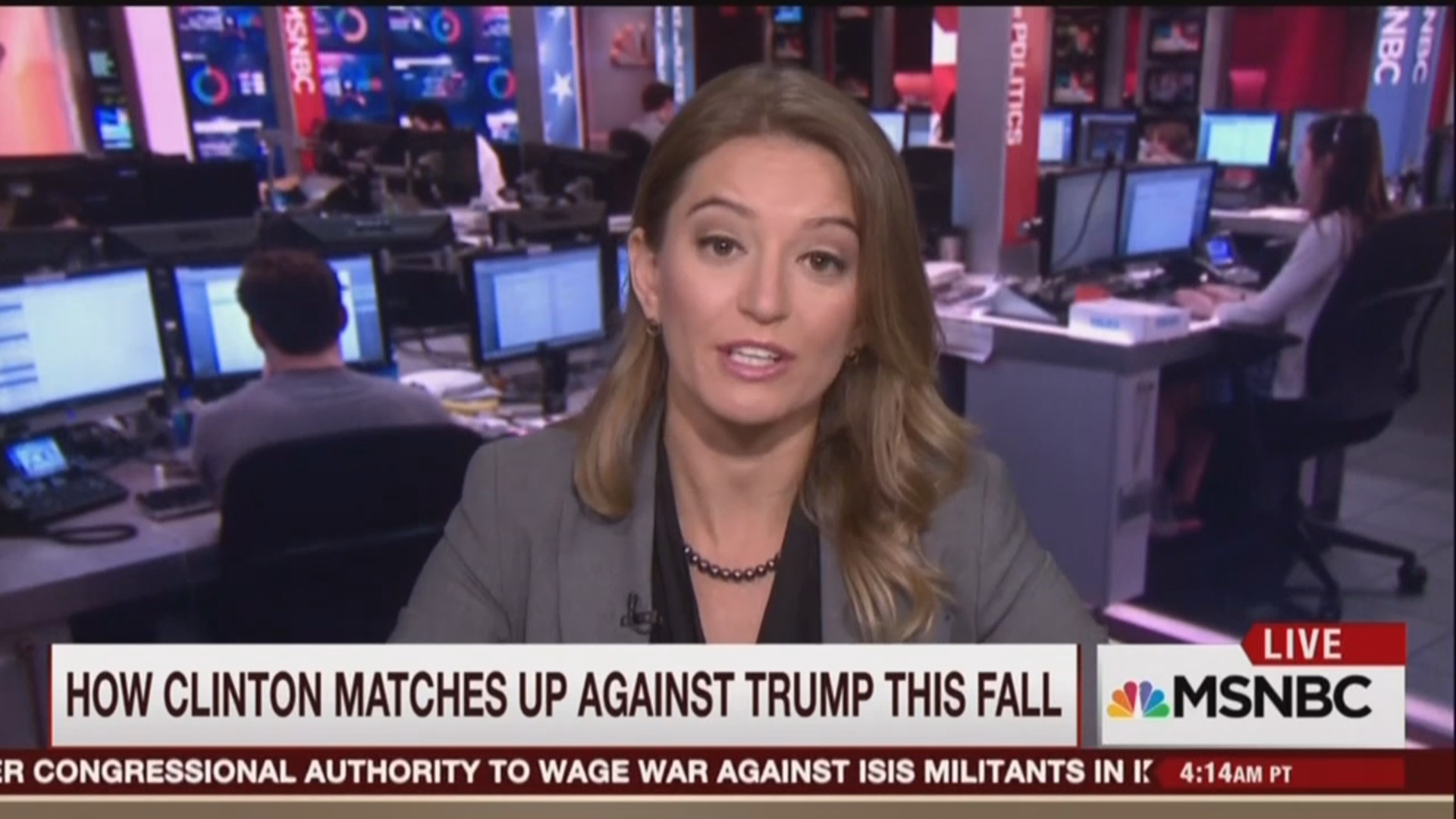