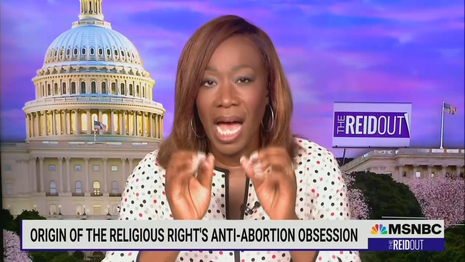 On Tuesday, The Blaze’s Alex Nitzberg reported: “Leftist MSNBC host Joy Reid claimed in a tweet on Tuesday that the GOP aims to gain power throughout the government and block out LGBTQ and non-white voices except for individuals who uphold the idea that "white Christian dominion" is the foundation of the nation.”

He quoted her offensive claim that “The goal of the Republican Party today, is it to seize control of every level of government, to lock out voices of color & LGBTQ voices except those who conform to their demand that history and education uplift white Christian dominion as the one true bedrock of America.” Her Twitter tirade continued as she spewed: “This Dominionism — this white Christian* nationalism — is cultish, sometimes violent, ugly and cruel.”

Read the full article at The Blaze.