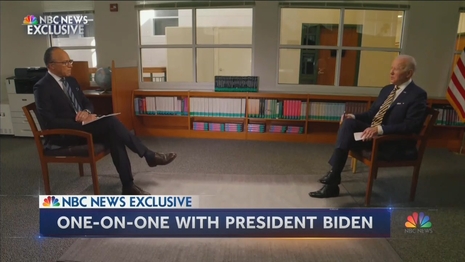 They pointed out how “In his first year in office, Biden did just 22 formal sit-downs, compared to Donald Trump’s 92 and Barack Obama’s 156, according to data from Towson University’s White House Transition Project.” The piece noted one possible reason for Biden’s reticence to sit down for interviews: “Over the past two months, news has broken about Hunter Biden’s emails and business dealings, which would put President Biden in the position of answering questions about them if cornered in a solo interview.”