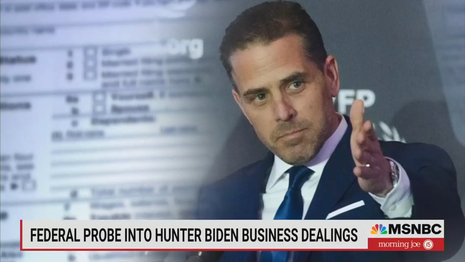 On Wednesday, Fox News media reporter Brian Flood and associate editor Nikolas Lanum reported on how: “CNN and MSNBC each spent months downplaying the relevancy of Hunter Biden’s scandalous laptop, often chalking it up as ‘Russian disinformation,’ but the liberal networks haven’t spent much time on the infamous computer since its authenticity was confirmed.”

After detailing how little time the leftist cable channels have spent on story over the past week, since a pair of Washington Post articles provided further confirmation of the growing scandal, Flood and Lanum noted: “The laptop received zero coverage on CNN and MSNBC primetime shows the first two nights after the Post debunked the narrative that the laptop was an elaborate Kremlin plot, according to Grabien transcripts.”