Editor’s Pick: RedState on DeSantis Being Targeted With Fake News 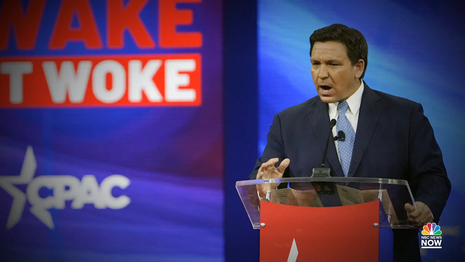 On Friday, RedState’s front-page contributor Bonchie reported on Republican Florida Governor Ron DeSantis once again being the target of fake news from a hostile leftist media: “While no one can really compete with the sheer volume and seriousness of fake news pushed by outlets like The New York Times and The Washington Post, Florida’s press industry is doing its level best....[and] have made it their mission to burn down their languishing credibility in order to take shots at Gov. Ron DeSantis.”

“The latest example comes via The Miami Herald, which stands as the big dog of far-left, biased reporting in the Sunshine state. On Thursday, they put out the claim that DeSantis is so terrible that he was uninvited from speaking at a conference of immigration supporters,” Bonchie highlighted, followed by a tweet from the Herald claiming the Governor’s “anti-immigrant views” were the cause. However, he pointed out that the story was completely fabricated: “That’s not what happened, though. In reality, DeSantis was not only not uninvited, but he was never invited in the first place.”

Read the full article at RedState.