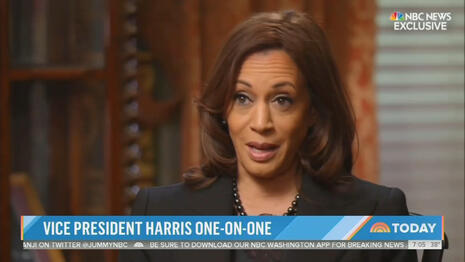 On Thursday, RedState’s Nick Arama reported on the Biden White House trying to clean up false claims made by Vice President Kamala Harris about the administration’s COVID response during an interview on NBC’s Today show. “Kamala Harris was pressed on the question of where the tests were during an interview for the Today Show with Craig Melvin. Harris said she thought it would be next week. So if you haven’t prepared and don’t know, why talk? Of course, not knowing is a problem, too,” Arama observed.

He explained how “the White House has had to clarify and say, no, they wouldn’t be out next week. But even their ‘correction’ has a big problem in it that they are going to have to further correct.” Arama pointed out: “...earlier reports said that the 500 million would be doled out and be available over months, not all at once. So even this statement saying that 500 million will be sent out later this month is just wrong if the prior statements they made are correct.”