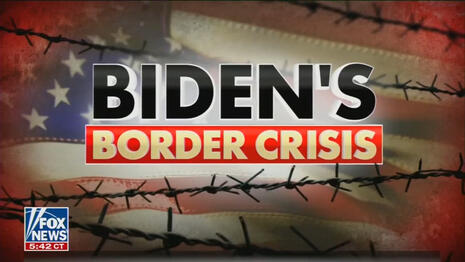 On Thursday, CNSNews Blog Editor Craig Bannister reported on a new poll that left-wing media would prefer to ignore, showing that “By wide margins, U.S. voters say there is a crisis at the U.S. southern border and that building a border wall would be an effective method of stopping it...” The leftist media barely even cover the border crisis, let alone admit that such a large majority of voters are concerned about the topic.

As Bannister explained, The Washington Times survey found: “Fully 70% of voters – including 60% of self-described Democrats – agree that there is, indeed, a border crisis...” In addition, “A majority of voters agree that building a border wall would be an effective way to deal with the crisis, topping anti-wall voters by a 13-point margin.”

Read the full article on CNSNews.