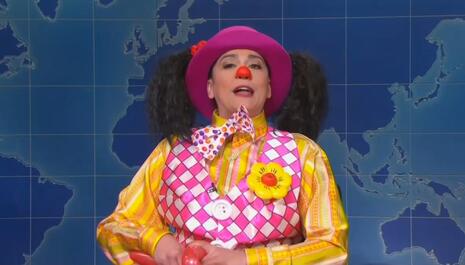 On Monday, CNSNews Editor Craig Bannister reported on how “Saturday Night Live’s celebration of abortion is being cheered by liberal media as a hit with viewers.” After noting how a 2018 Netflix show was cancelled after far-left comedian Michelle Wolf featured a “Salute to Abortion,” he pointed out how “this past weekend, a Saturday Night Live sketch featuring a ‘clown’ celebrating ‘clown abortion’ and spouting stereotypical pro-abortion talking points drew praise from liberal media.”