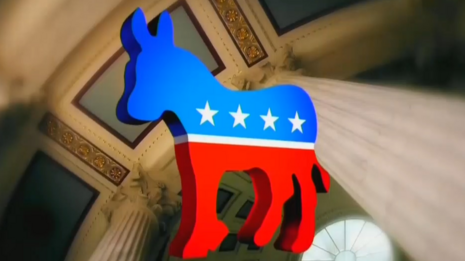 On Wednesday night, CBS Evening News and NBC Nightly News both promoted a blatant lie from presumptive Democratic nominee Joe Biden, who claimed Donald Trump was America’s “first racist president.” Below are the facts about the Democratic Party’s abhorrent history of racism:

Despite DNC operatives in the media routinely attempting to tar Republicans and conservatives as “racist,” history shows it’s the Democratic Party that has to answer for the nation’s worst racial atrocities – from the birth of the Confederacy, to the founding of the Ku Klux Klan, and right through the Jim Crow era. The Media Research Center is committed to telling the truth about the left, unlike the compliant press that push its extreme views.

Even with this mountain of damning evidence, many in the leftist press still try to conceal the truth of the Democratic Party’s racist history. On June 30, USA Today attempted to do just that with a fake “fact-check” that pretended Democrats weren’t responsible for the Civil War or founding the KKK. The party itself has shamefully hidden its dark past, disgustingly claiming on its website: “For more than 200 years, our party has led the fight for civil rights....” Conveniently, the historical time line featured on that same page starts in 1920.

The next time some sanctimonious reporter or Democratic politician accuses any Republican or conservative of racism, someone should ask them if they’ve ever opened a history book.