After weeks of the broadcast network using the coronavirus pandemic as a cudgel to attack the Trump administration, on Friday, ABC’s Good Morning America could only bother to spend 10 seconds on their own poll finding that 55% of Americans approve of the President’s handling of the crisis.

“Our anxiety over coronavirus is growing as the outbreak spreads across the country,” co-host Amy Robach explained as she reported on the new poll results during a 7:00 a.m. ET half hour news brief. Going through some of the results, Robach just briefly mentioned public approval of President Trump’s crisis management increasing:

A new ABC News/Ipsos poll found that 79% of those asked are concerned they or someone they know will become infected. Just a week ago, that number was at 66%. Even more stunning though, was this change in people who say the virus has disrupted their life in some way – 72% this week as opposed to just 26% last week. And people also finding more support for President Trump’s handling of this crisis – 55% approve of the President’s performance. Last week, it was just at 43%.

Compare that short shrift to how the morning show trumpeted bad polling news for Trump just one week ago, on March 13:

GEORGE STEPHANOPOULOS: Let’s go to the White House with our senior national correspondent Terry Moran. And Terry, we have a new poll out this morning with Ipsos showing two-thirds of Americans worried about the outbreak, more than half disapprove of how the President has handled it. And it’s pretty clear his Oval Office address did not provide the kind of assurance everyone was looking for.

TERRY MORAN: You know, George, it didn’t. He wanted to reassure the country and the markets and he was shaky. He misstated his policy on whether trade would be banned from Europe, it won’t. Misstated what insurers were willing to pay for. And that probably contributes to our poll’s finding that before that speech, 59% of Americans said they were concerned about this virus. Afterwards, 73%. That of course, has to do with time as well. But politics still matter here, George. In our poll, 86% of Republicans approve of the President’s response, 86% of Democrats disapprove. Of course the virus has no partisan loyalty.

Along with the rest of the media, ABC has repeatedly looked for chances to use the virus to go after the White House by parroting Democratic talking points, stoking fears about the President’s response, trying to get top government medical officials to criticize Trump, and even calling the President a “racist.”

And yet, despite that constant drumbeat of hostile coverage, the majority of the American people think Trump is handling the health crisis well. 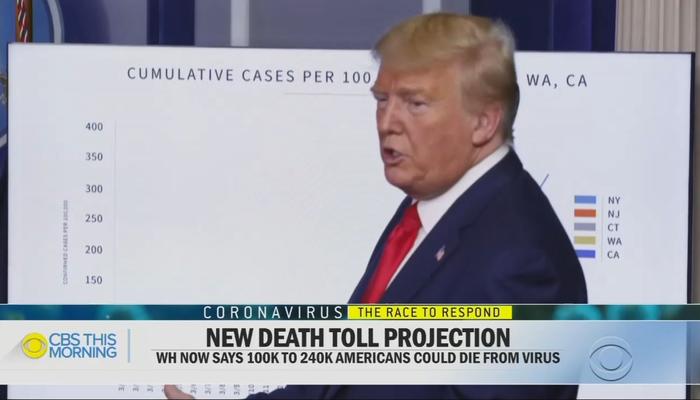 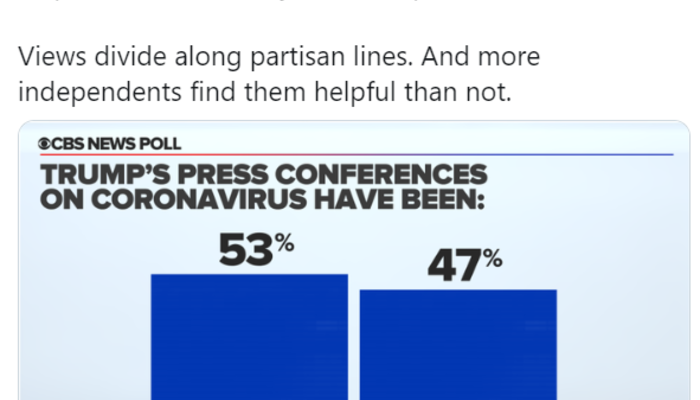 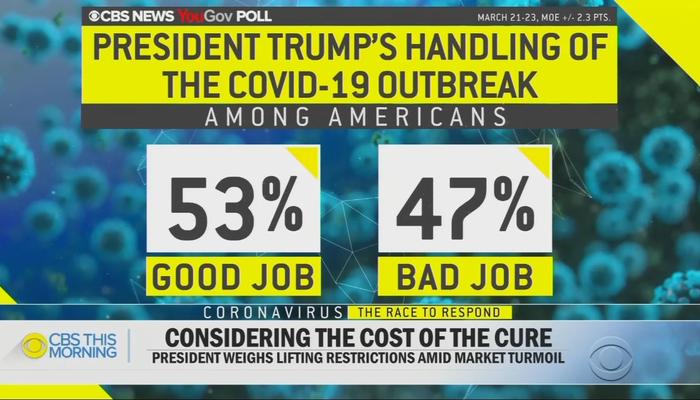 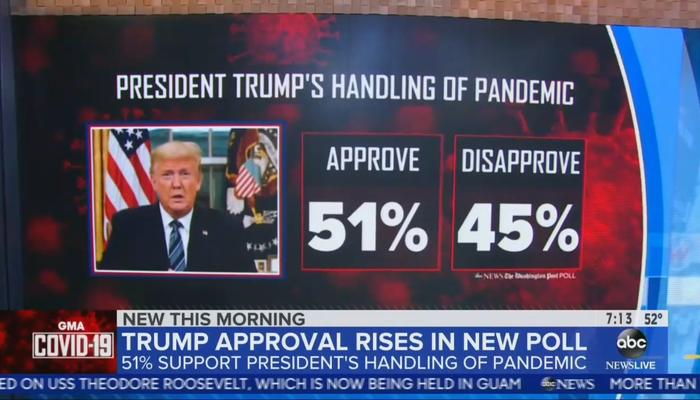 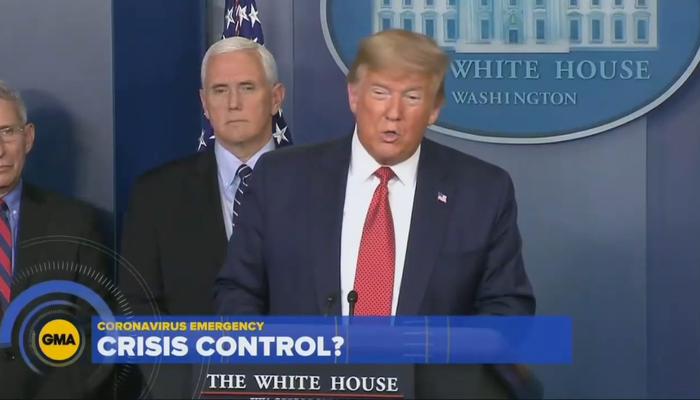 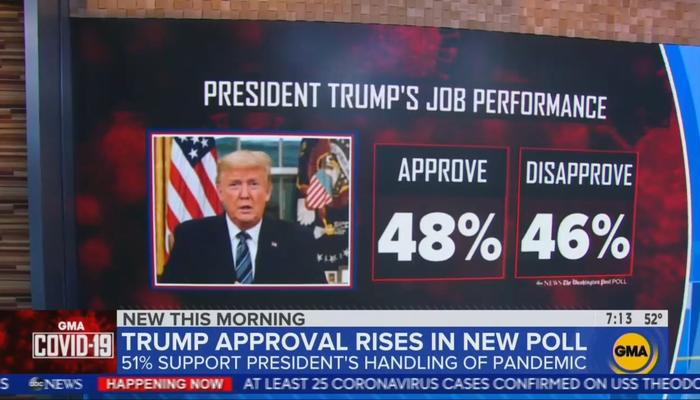 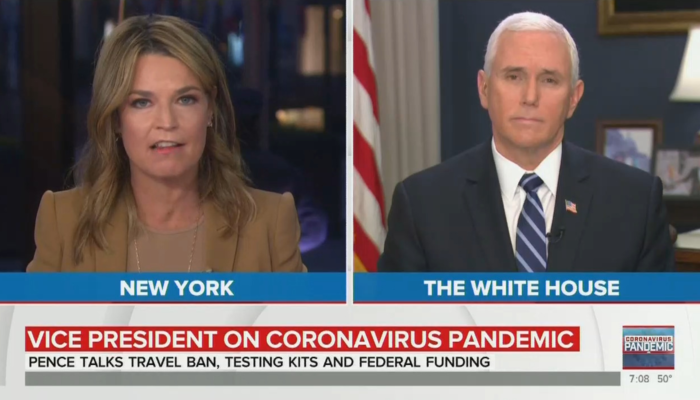