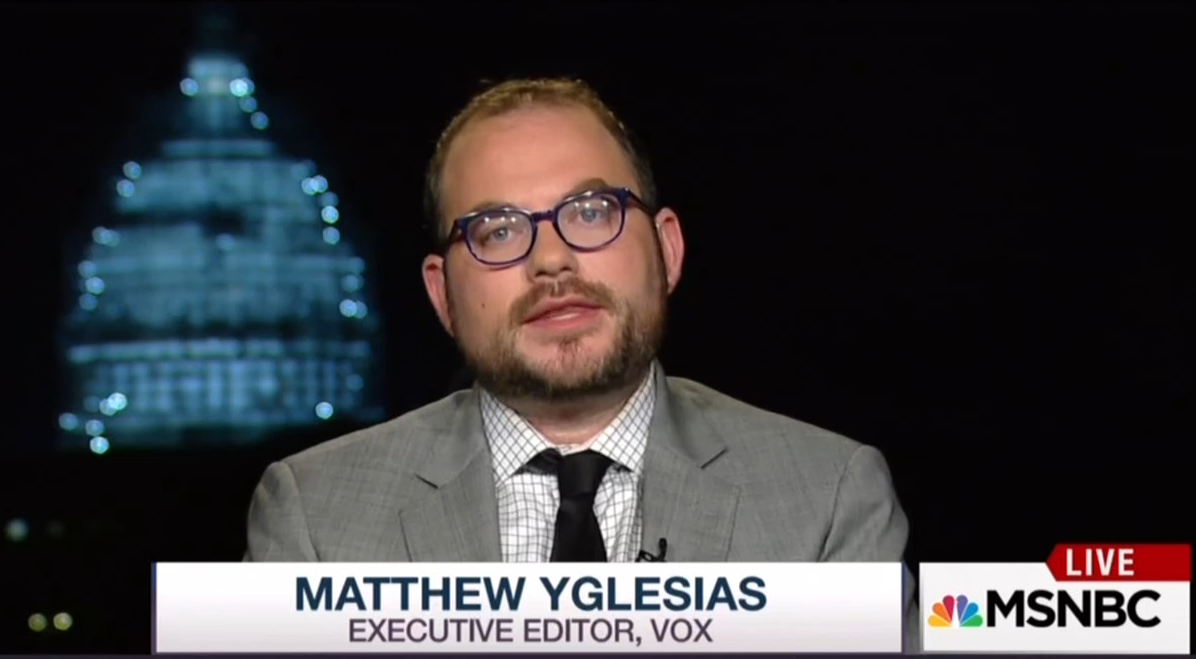 In a string of disturbing tweets Thursday afternoon, Vox Senior Correspondent and co-founder Matthew Yglesias actually justified a mob of left-wing Antifa activists surrounding the home of Fox News anchor Tucker Carlson and terrorizing his family. Even as other journalists and pundits across the political spectrum condemned the incident, Yglesisas insisted that he “cannot empathize” with Carlson or his family.

In response to liberal Washington Post columnist Karen Tumulty denouncing the actions of the Antifa thugs via Twitter, Yglesias launched his offensive tweetstorm by proclaiming: “I think the idea behind terrorizing his family, like it or not as a strategy, is to make them feel some of the fear that the victims of MAGA-inspired violence feel thanks to the non-stop racial incitement coming from Tucker, Trump, etc.” 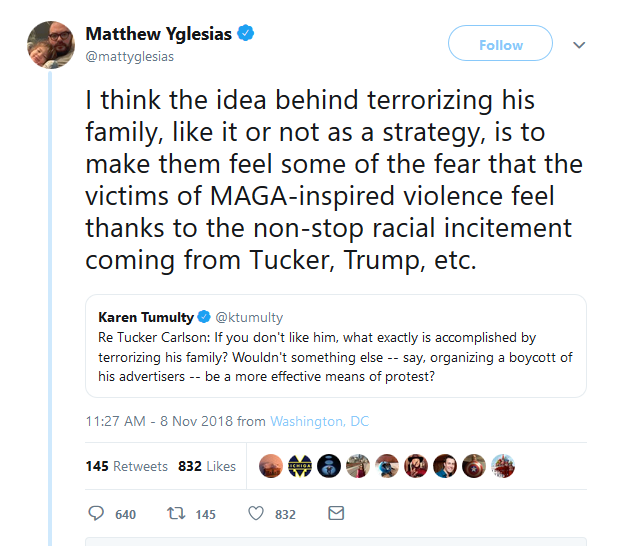 Replying to strong push-back from even fellow liberals, Yglesias amazingly doubled down, even scolding people for expressing sympathy for the Carlson family: “I agree that this is probably not tactically sound but if your instinct is to empathize with the fear of the Carlson family rather than with the fear of his victims then you should take a moment to reflect on why that is.” 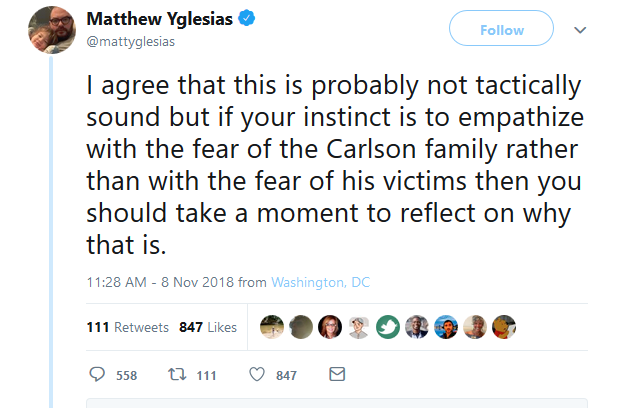 Moments later, he declared: “I honestly cannot empathize with Tucker Carlson’s wife at all — I agree that protesting at her house was tactically unwise and shouldn’t be done — but I am utterly unable to identify with her plight on any level.” 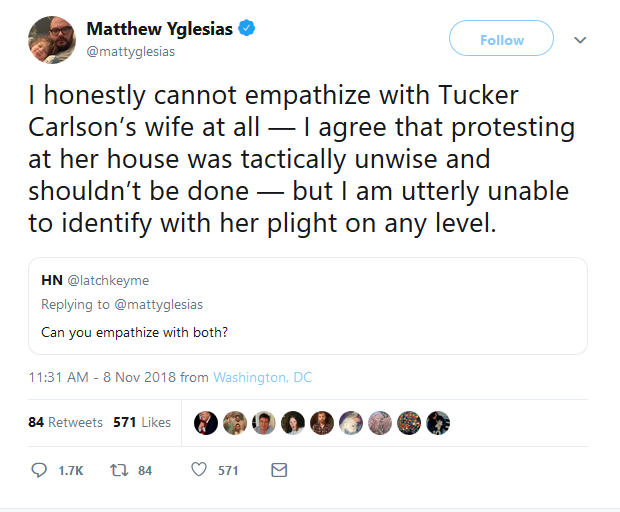 The Twitter tirade finally came to an end after one his online followers, George Mason University Economics Professor Bryan Caplan, advised him: “Don't publicly speak when you’re upset. Especially if you are well-aware that you’ve spoken rashly in the past.” Yglesias agreed: “This is good advice and I’m gonna try to take it and stop tweeting for a bit.” 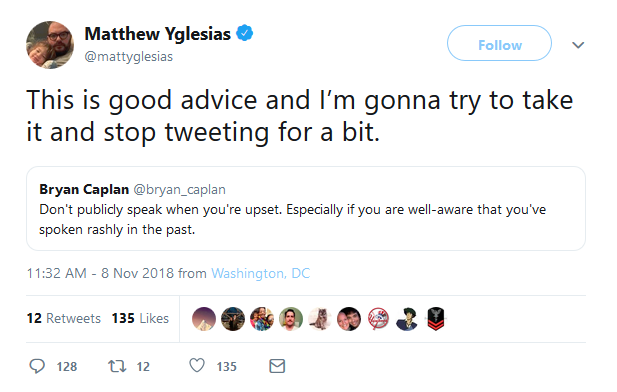 If he’s going to excuse and even rationalize dangerous harassment of those he disagrees with, perhaps Yglesias should stay off Twitter altogether.