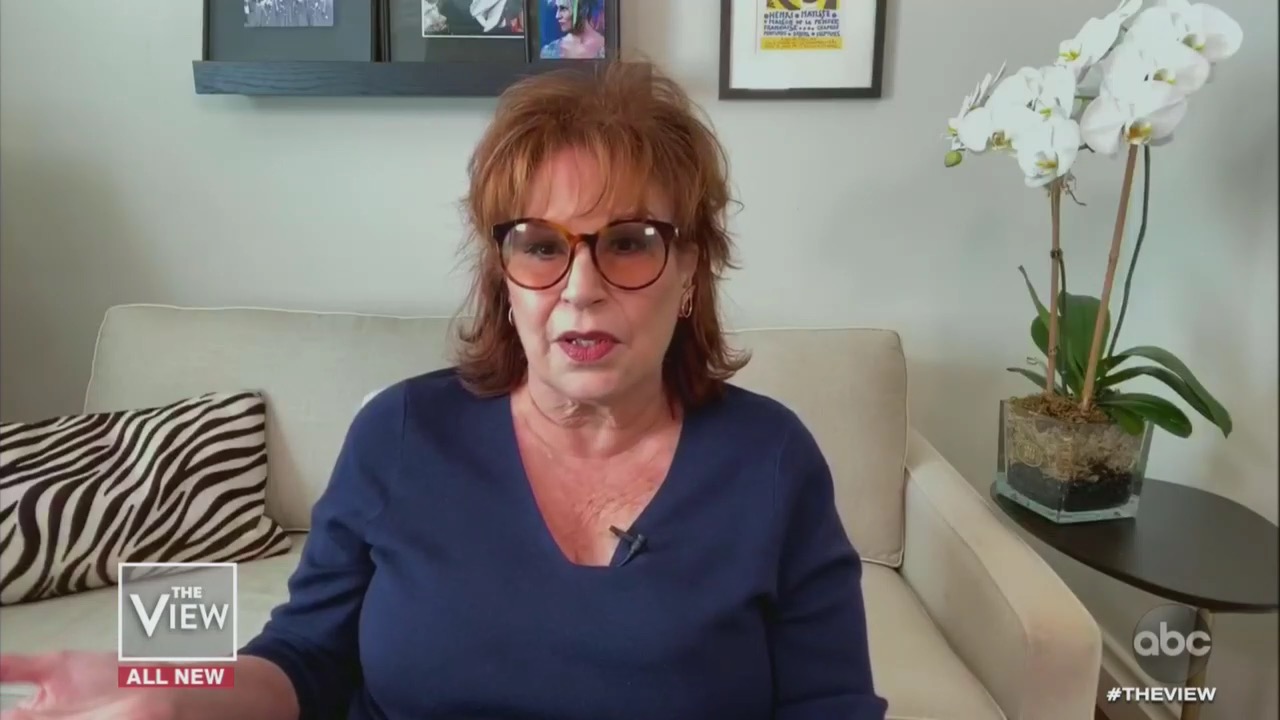 This week, we’re seeing more in the media reveal their contempt for anyone concerned about government overreach, as journalists attacked people protesting their state’s strict stay-at-home orders. Joy Behar added to the hate, offering her own scathing suggestion to the thousands in Michigan who showed up yesterday to protest their Democrat governor. On Thursday’s The View, the co-host claimed anyone who dared to defy their local guidelines should have to sign away their rights to be treated at a hospital if they did get sick.

Whoopi Goldberg opened the show asking her co-hosts what they thought about protesters in Michigan “defying local distancing regulations” to protest their Democrat governor, Gretchen Whitmer, after she placed some of the strictest stay-at-home orders in the country. Co-host Sunny Hostin complained that it was “a racist protest” because some apparently waved confederate flags. The nutty takes continued when Joy Behar was asked to respond. For the unforgivable sin of protesting their Democrat leader, Behar said Michiganders, who “watch Fox too much” should waive their rights to be treated at a hospital “if and when” they contract COVID-19:

BEHAR: Well, I would like to ask them if they're willing to sign away their right to treatment if and when they get infected. Are you going to say, Ok, I don't need a ventilator because I thought I should go out and defy the governor's order, okay? And I would like to know if people in states who are following the guidelines like us in New York, can be sure that these people don't come here. I mean they blocked an ambulance the other day. Can't they be charged and arrested for that? I understand the fact that, you know, they can't get their veggies, but hello. We're talking about this disease being way more infecting and worse than they even thought, you know?

BEHAR: By the way, they're watching Fox a little too much. They're watching Laura Ingraham who tweeted, ‘time to get your freedom back,’ and the brilliant Jeanine Pirro, in early March she was parroting Trump who said, the infection rate would drop as the weather warms. This is who they're listening to. Again, do you say ‘I won't get the treatment if I get the virus’? That's my question.

The hosts also went after Republican Senator John Kennedy from Louisiana for emphasizing the need to re-open the economy, even if it does spread the virus faster. Whoopi called this a “crazy partisan” take, while Sunny Hostin claimed Republicans were prioritizing the economy over people’s lives (because apparently the economy has no impact on someone's livelihood):

“[T]he real question is, if you open up the economy, I mean, do you open it up and then trade that off, money for lives? It's just money for lives,” she fretted. Later in an interview with Sen. Lindsey Graham (R-SC), Hostin reiterated how Kennedy was “arguing the economy over people’s lives.”

Meanwhile, Behar claimed each state needed to follow New Zealand’s example, or we would be in lockdown until 2022:

[A]s Governor Whitmer pointed out, their behavior of going out only extends the need for stay-at-home orders. They're only extending their misery by going out and ignoring these -- I mean, they have to look at other countries. I believe it was New Zealand basically has the whole thing under control because she locked down the whole country. Okay. I'm not comparing us. We don't have as few people like they do, but still. Those are the things. If each state behaved like New Zealand, maybe we could fix this before 2022!