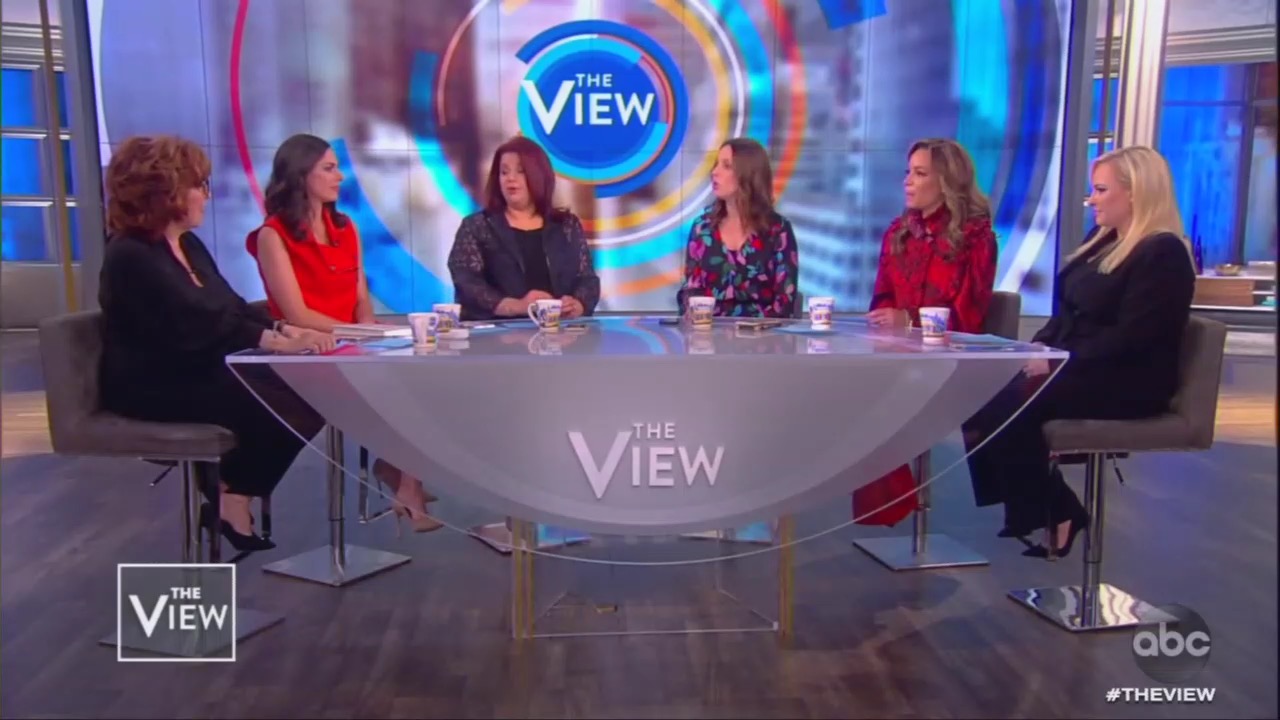 MSNBC weekend anchor Alicia Menendez, daughter of Democrat Senator Bob Menendez, appeared on The View Friday to plug her new book about sexism, called The Likeability Trap. She fit right in at the table, as the hosts have been cheering Elizabeth Warren for standing up to “sexist” Bernie Sanders, all week. The hosts used the book’s theme to rehash their complaints about how America puts unfair standards upon female candidates, both in 2016 and 2020.

“A double standard that women face every day was front and center at Tuesday night's democratic debate,” she said, before introducing Menendez and her book. Co-host Joy Behar seized on that moment, complaining that Trump was the “most unlikable person I’ve ever seen” and yet Clinton faced a sexist “likability” problem:

We often talk about the likability factor in politics. People say, Hillary Clinton, I didn't like her, something about her I didn't like, stuff like that. Meanwhile we have a President of the United States who's the most unlikable person I've ever seen on television and he has half the country, as she says, in love with him!

“How do you explain that?” she added.

The MSNBC anchor claimed men’s personalities didn’t matter in politics, it only mattered if they were seen as competent, while women had to be likable and competent to win over voters:

Menendez mirrors what the media has been saying about Clinton and Warren for years now. Yet it’s an easy argument to refute, as NewsBusters has demonstrated.

Behar even suggested sexism was a uniquely American problem by listing female leaders from other countries: “They don't care in those countries. Why do we care?”

Even Meghan McCain agreed with her co-hosts. She claimed Bernie Sanders didn’t get negative coverage for always looking grumpy: “I'm sorry, Bernie Sanders doesn't look too happy all the time and people aren't calling him unlikable,” she pointed out, asking if the media was to blame, probably referencing the NYT hit piece written about her yesterday.

It probably should come as no surprise that a show filled with mostly liberal women would bring out the sexism card at every turn. It would have more credibility if they actually included how conservative women are mistreated by the media as part of their discussion, but they never do. Here are a few examples of The View blaming sexism for female Democrats losing elections:

Joy Behar: Misogyny played a ‘big role’ in election; ‘this country refuses to put a woman in power.’

The View: Religion, talk radio are why Hillary can’t get elected