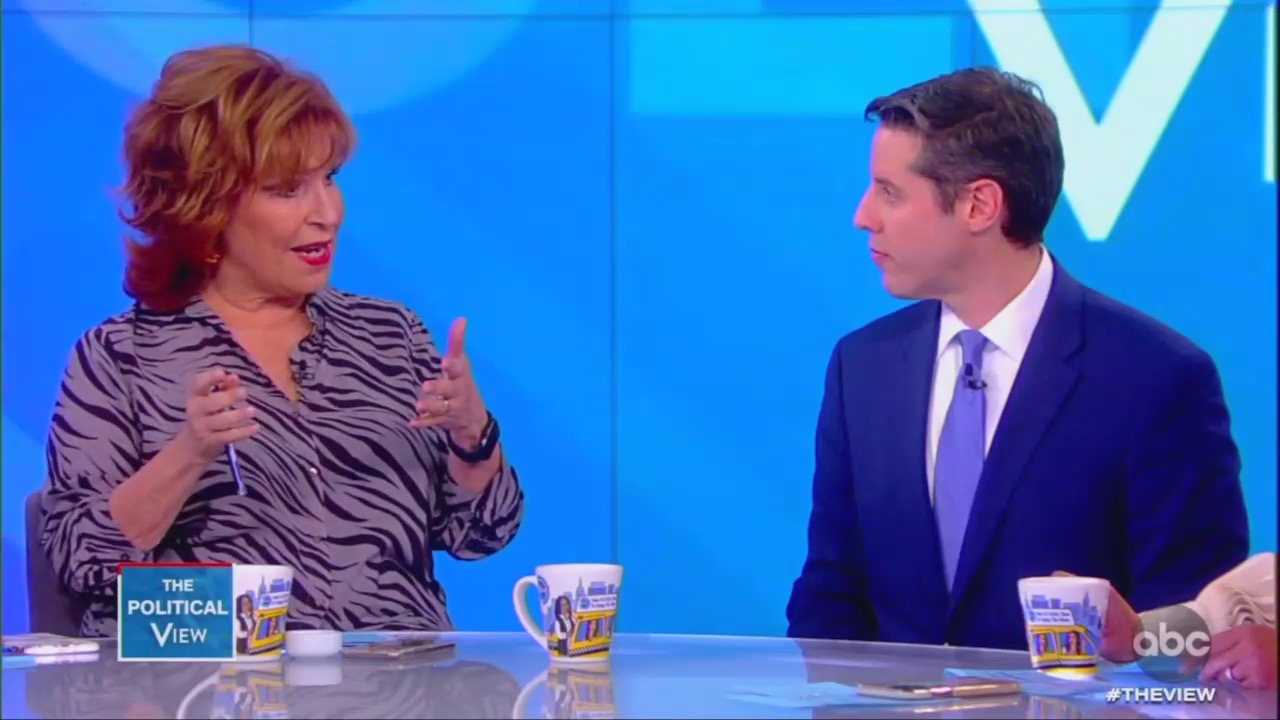 The bitter media began the new year being outraged over President Trump ordering a drone strike to kill a terrorist, and the bizarre complaining continued on Monday’s The View. The hosts invited ABC News’ political director Rick Klein on the show to parrot Democrat fear-mongering about how killing Qasem Soleimani was going to start a war with Iran. Co-host Joy Behar refused to give Trump any credit and snarked this “so-called threat” was just a distraction from impeachment.

After playing a clip of Secretary Pompeo saying the world was a safer place without Soleimani in it, co-host Whoopi Goldberg raised skepticism. “Well, that's the question. Is the world a safer place right now?” she asked Klein.

Klein was also dismissive of what easily would’ve been praised had it been done during President Obama’s presidency. “I think there's a difference between saying the world is a safer place versus it being a better place,” he began before fretting that we may be in a “more dangerous spot on the brink of war.”

That’s when co-host Joy Behar began spouting the left’s “wag the dog” theory that this was merely President Trump “distracting from impeachment.”

Elizabeth Warren who's running for president, she says that said President Trump ordered Soleimani's killing to distract from impeachment. She’s not the only one saying that. They call this wag the dog, start a war to get distracted from the fact that you're ready to get impeached. Do you agree with that?

She also stubbornly refused to believe anything Trump says, even though she’s had no problem believing the Obama Administration trusting Iranians would keep up their part of the Iran Nuclear Deal:

Meghan McCain was the only host who admitted she was surprised at the negative reaction and was glad Soleimani was dead. Still, she claimed a “trust gap” between Americans and President Trump was why this decision was getting panned, without faulting the media.

Behar dismissed how dangerous a man Soleimani was, asking with contempt, “Have we seen the intel on this so-called threat?”

She again spouted off her “wag the dog” theory as the hosts and Klein questioned again the “credibility” of the Trump administration. At this point, McCain stated Iran had been “escalating their attacks for months and months,” so this didn’t come out of nowhere. This time it was the ABC News’ political director’s turn to raise conspiracy theories:

“I think in part because there’s a track record and I think because it's this President and the way he's conducted himself not just in foreign policy but domestic policy and the fact that he's sitting there under impeachment and would have reason to maybe distract...” Klein stated.

MCain again tried pointing out Soleimani’s terror record but her argument fell on deaf ears, as the other co-hosts boasted President Obama had refrained from killing Soleimani when he had the chance.