Behar Scolds Republican: Trump's Economy ‘Not Good’ If It's At ‘Expense of Environment!’ 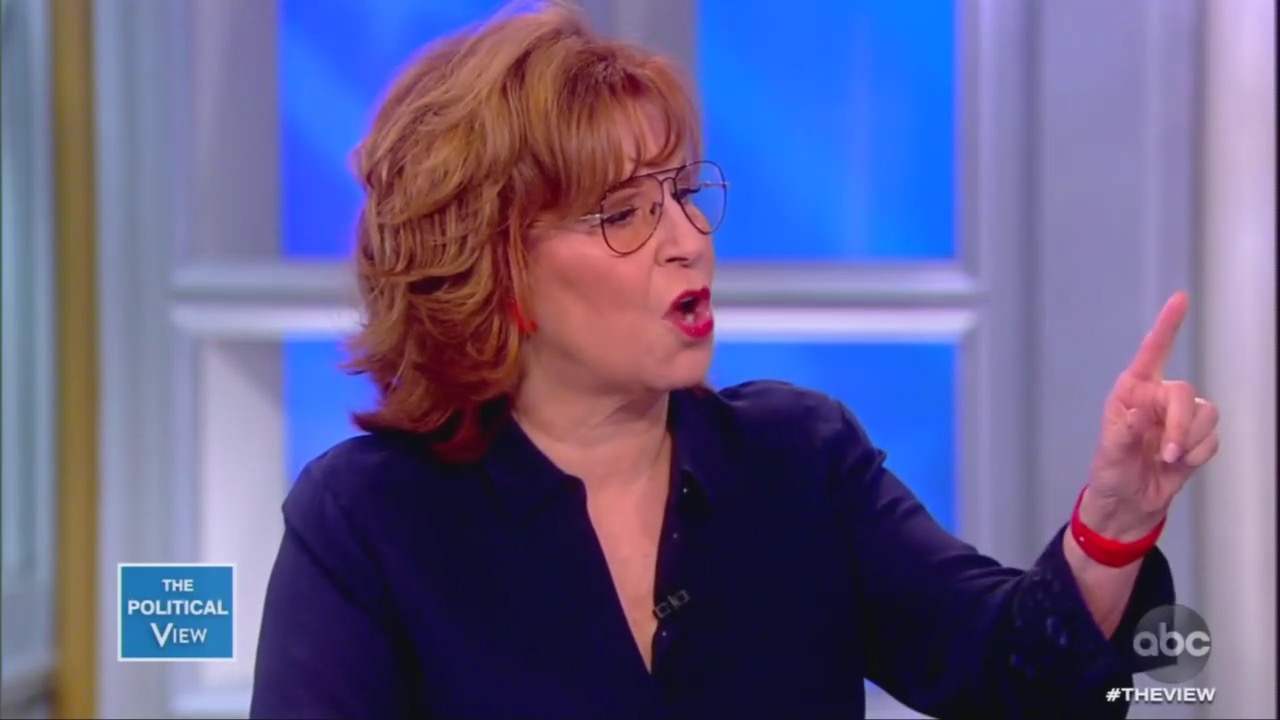 It’s nearly impossible for The View co-host Joy Behar to keep her anti-Trump anxieties to herself, on the rare occasion a Republican guest comes to the show. This happened on Monday's show, as retiring Republican congressman Rep. Sean Duffy appeared with his wife Rachel Campos-Duffy to discuss his retirement and their growing family. All The View co-host could think about was how Trump was destroying the environment.

After the couple explained that Duffy, already a father to 8 children, was retiring because their unborn child was having health problems and would need surgery, co-host Sunny Hostin slyly asked why other Republicans were retiring from Congress as well (a topic brought up last week where the hosts blamed it on President Trump.)

Congressman Duffy anticipated what she was getting at.

“I heard Joy talk about; ‘it's Donald Trump!’ Listen they're leaving at a time when as conservatives, we're implementing a lot of conservative policies that are making people's lives better,” he asserted.

At Behar’s skepticism, Duffy continued: “Their economies are stronger and their salaries are rising. Their opportunity is growing. You guys may not see that in New York and California, but in the middle of America, that's happening,” he argued.

Behar questioned his choice to support Trump while raising children in this “terrible” environment:

“But you have so many children. Don't you worry about the environment? He's TERRIBLE on the environment. I would think that alone could turn you against him! That's your children's future!” Behar scolded, as the liberal audience cheered.

His wife, Rachel Campos-Duffy, a former guest host on The View and current Fox News contributor, reiterated things were getting better for Americans in middle America, even if the liberals at The View couldn’t see it:

I really think it's hard -- I do believe it's really hard to see when you are in these coastal bubbles. If you live in middle America -- we live in rural Wisconsin. The towns have turned around. The factories are back. People have jobs. There's more jobs than there are people to fill them, and that was not the case [before].

The other hosts tried to cut in. Behar shook her head, gushing that all of these new jobs were “not good” because they were “a lot of times, at the expense of the environment.”

Congressman Duffy then pointed out that the regulations liberals wanted to implement weren't going to affect her livelihood:

“The regulations that you want to implement isn't going to cost you your job,” he asserted. That angered Behar who gushed she would sacrifice her View job if the environment could go back to what it was under President Obama:

Pointing her finger she gushed, “I would gladly give up my job if I could have a magic wand to make it all go back to what it was! In a second!”

After that blow up, co-host Sunny Hostin quickly turned the discussion back to Campos-Duffy’s new children’s book.