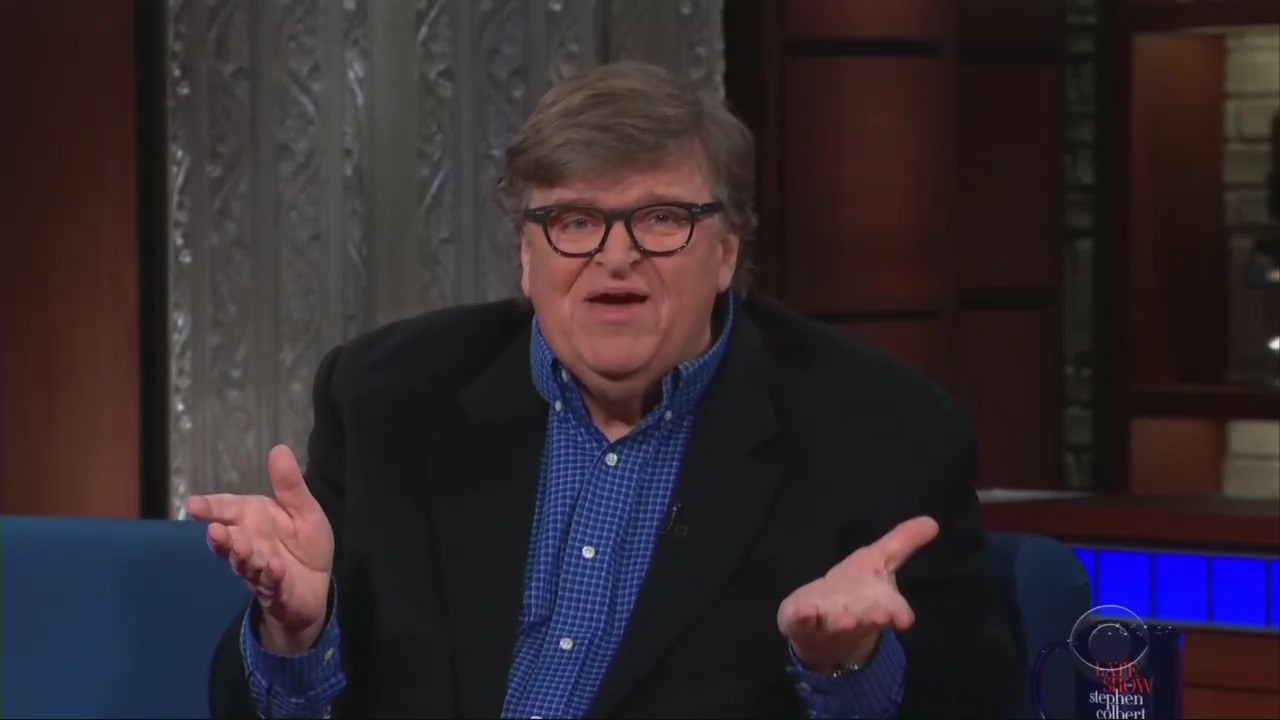 Always logical left-wing director Michael Moore was so distraught about the government shutdown that he told Stephen Colbert on The Late Show Thursday people should just abandon their duties to the government, including paying taxes.

“How do you think it ends? Does Trump fold?” he asked. Moore then ranted about how government workers should refuse to go to work, apparently forgetting that past presidents have fired government workers who refused to do their jobs during government shutdowns. Moore also wanted everyone else to “not fly” and more alarmingly, not “pay their taxes:”

Even Colbert was leery of his guest’s advice. “I don’t want my audience to go to jail,” he joked.

Moore added that you did have to pay your taxes by the deadline but you could file a form for an extension. “Everybody has the right for an extension. All you have to do is ask for it. That way you don't have unpaid I.R.S. workers doing work for you,” he gushed. Colbert called this “interesting” but told his audience to “consult a lawyer first.”

Adding to this great advice, Moore also directed criminals to “stop committing crimes” because the “FBI wasn’t getting paid:”

“If you're a criminal out there watching tonight, don't commit crimes during the government shutdown. The F.B.I. Is not being paid!” Moore gushed, speaking directly to the camera.

“You're on your honor!” Colbert cracked.

Moore then gushed that protestors should "build a human wall around the White House," to which Colbert hastily added, "peacefully!"