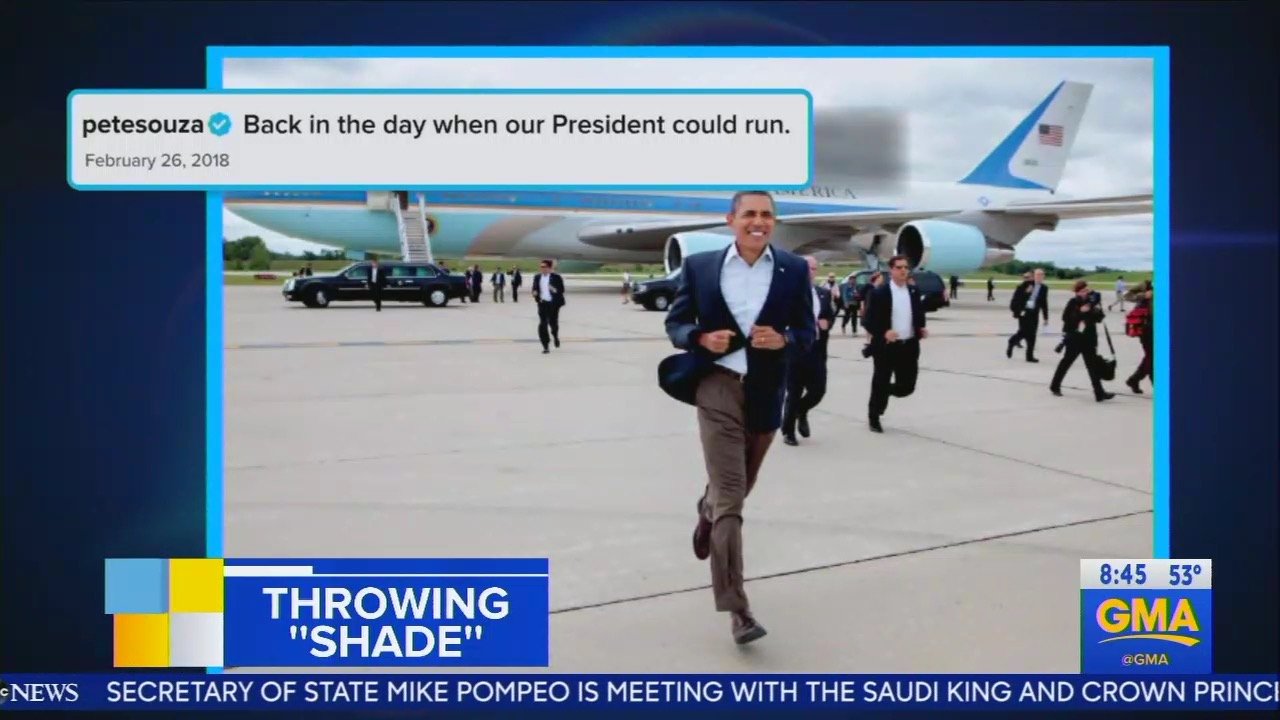 Chang opened her report by calling the 63-year-old photographer a “very unlikely Instagram superstar” whose made a name for himself on social media by replying to President Trump’s tweets with snarky comments and photos of President Obama. “It's earned him the moniker, ‘the King of Shade,’” Chang gushed.

The ABC anchor continued touting Souza’s social media as a “masterclass in shade,” where he’s “gone from documenting the White House to criticizing it, subtly.” ABC showcased several photos of President Obama from Souza’s Instagram account with snarky captions directed towards Trump from his inauguration crowd size to comparing the two presidents’ fitness levels.

“There are those who would say, ‘Oh are you just being partisan with this book?’ and yet you’ve worked for Republican presidents as well!” Chang defended Souza’s anti-Trump bias.

Which gave Souza an opportunity to make a dig at Trump again.

“Yeah I worked for President Reagan. I saw that he respected the office of the presidency. I think that’s what’s missing now,” he stated.

Seemingly forgetting that he’s put out several books about President Obama in the past ten years and the media has been fervent fans each time, Chang asked Souza “what made him” come out from behind the lens to offer his political commentary. Souza dramatically noted that he “could not live” with himself, “if I was not using my voice to speak out.”

Of course he ended the interview by calling on liberals to vote Republicans out of office in the upcoming election:

“So if you're unhappy with the situation the way it is then you have to vote, you have to do your civic duty and vote in order to change the way things are,” Souza gushed.

“He calls it a call to action,” Chang praised to end the segment, adding that Souza “has this platform and he’s going to use it.”

A bit ironic for Chang and ABC to portray Souza’s taunting of our sitting president as a patriotic thing, when they’ve criticized Trump for his mockery of his political opponents as “divisive.” Not to mention, the backlash that would happen if ABC praised a former Bush staffer who took to social media to attack President Obama.