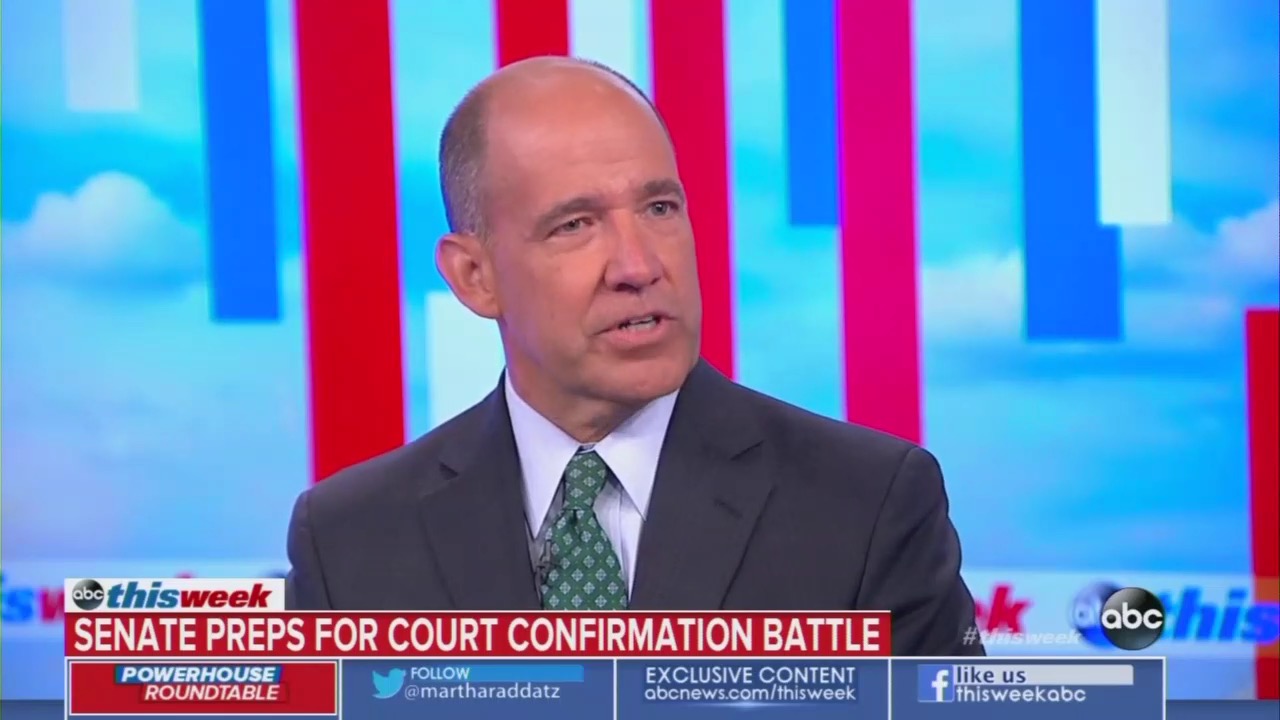 We are used to Matthew Dowd’s outrageous analogies and over-the-top rants against President Trump on Good Morning America, but today the ABC political analyst took to Twitter instead to share his absurd observations.

This morning, the fake Republican tweeted his “dream” for America, would be to have a Democrat pick fill Anthony Kennedy’s vacancy.

He wrote, “On July 9th, in a unexpected and surprising move in order to heal the divides in our country and bring folks together, President Trump nominated Merrick Garland to the Supreme Court. He is expected to get overwhelming support. (A dream for my country.). 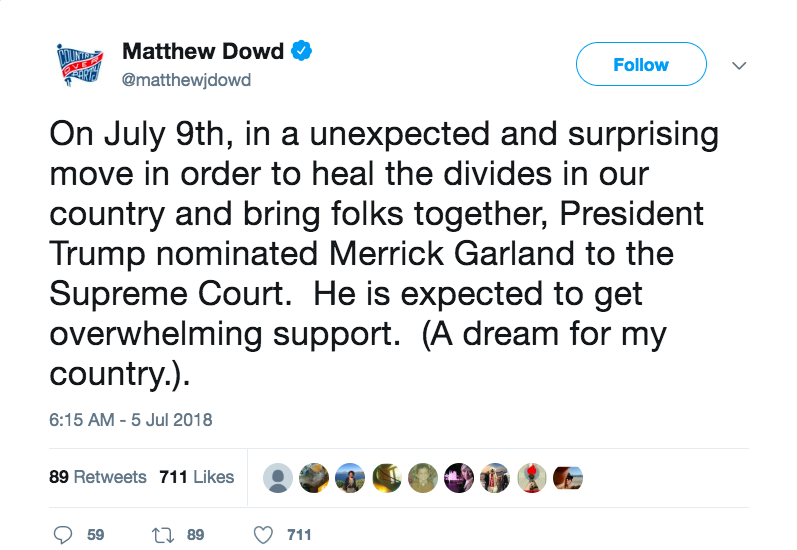 Merrick Garland is, of course, the nominee President Obama chose in the Spring before the 2016 election for the Supreme Court, who was then blocked for a hearing by Republicans. President Trump eventually chose Neil Gorsuch to fill that position (that Justice Scalia left) instead.

Considering that many conservatives voted for President Trump because he could fill Supreme Court vacancies with more conservative justices, and Gorsuch was a big win for the right, Dowd is living in fantasy land if he really thinks any Trump voter would want a moderate or liberal in the current vacancy left by Anthony Kennedy.

To even think this would be a step towards unity shows just how much Dowd is blinded by the media’s liberal bubble.

Speaking of which, Dowd isn’t exactly known for trying to make a bridge between the left and the right. He is a frequent panelist on ABC’s morning talk shows, where he questions the morality of anyone in the current administration, blames Republicans for government shutdowns, and defends Obama-era controversies such as the Iran Deal while portraying Israel and the U.S. as the bad guys.