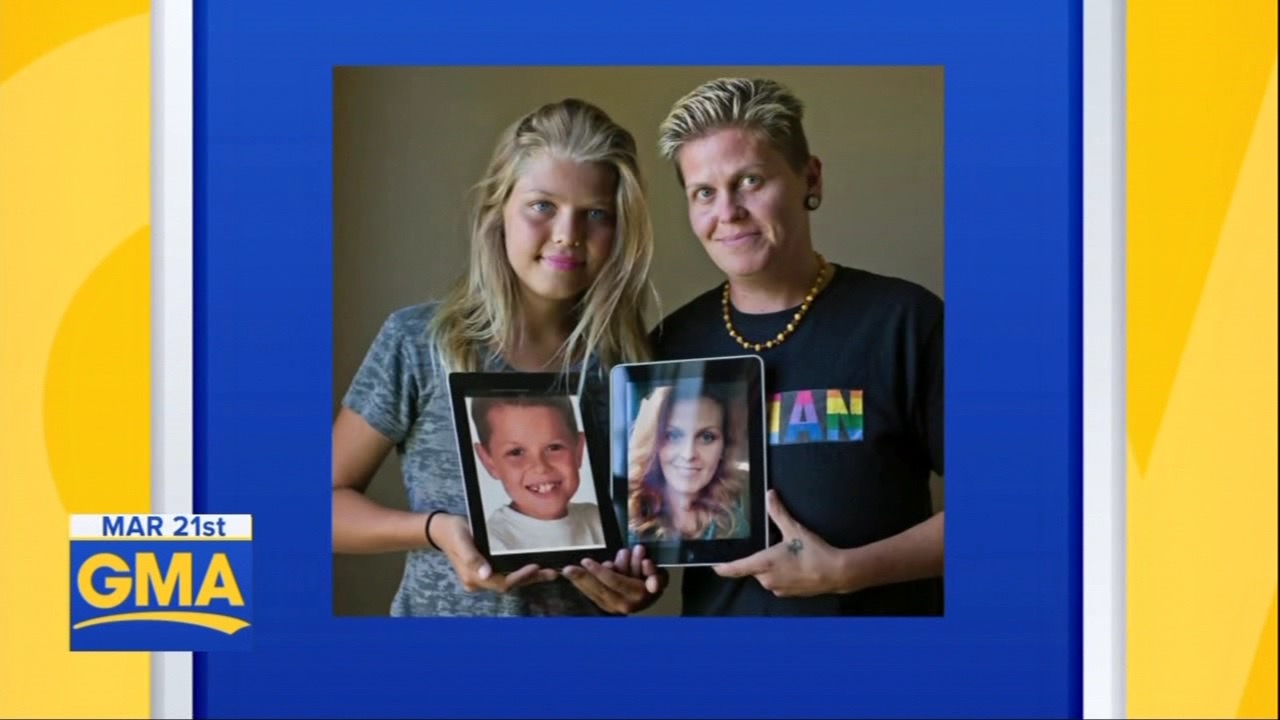 On Tuesday’s Good Morning America, anchor Robin Roberts and Nightline anchor Juju Chang touted a story of a mother and son both declaring themselves as transgender and getting gender re-assignment hormones and surgery. The two ABC anchors mutually gushed over the “incredible” “moving” and “touching” story. At the end of the report, Roberts and Chang even praised the courage of the mother for being “inspired” to change genders because of her child’s transformation.

The report began with Roberts hyping the “incredible” and “moving” story of the family’s transition:

ROBERTS: We're back now with that incredible story of a father and daughter the two of them undergoing undergoing the gender reassignment process together and Nightline's JuJu Chang our good friend is here, this is such a moving, touching story.

Chang then started her report on the “amazing” family who “knew as kids that something was off with their gender”:

CHANG: Jaw-dropping story about an amazing family. There are two generations, a metaphor really, for the transgender journey. They both say they knew as kids that something was off with their gender but Corey came out at 15 and mom watched her daughter brave the bullies. She said then she could no longer deny she too was transgender. They've always had a special mother/son bond but together they transitioned to father/daughter. Learning from each other every step of the way.

ABC conveniently leaves out the fact that the two apparently came to this realization after watching a documentary on transgenders together, according to People Magazine. ABC also doesn’t mention that Corey would’ve been just 10 or 11 years old when this happened and the parents started giving him hormones a few years later to become a girl. To not steal the limelight from her child, the mother waited till that point to start her own transition into becoming “Eric”, taking hormones and getting a double mastectomy.

But ABC characterizes the pair's journey to become the opposite gender as “inspiring” and brave. The report explained how Corey was bullied at first but won the school’s support to use the girl’s bathrooms and locker rooms, citing Obama’s transgender bathroom guidelines. Chang explained that when Eric saw Corey’s bravery, she was inspired to make the transition herself.

ABC also touted how Eric’s husband’s “support” and “acceptance” had left their marriage stronger. “What a love story!” Chang praised. The report ends with the two anchors expressing their admiration over the family.

“To see your child going through something like that, and then to give you the courage to do it yourself,” Roberts marveled. Chang gushed, “To be inspired like that together! Ah!” she sighed, dreamily.