Dowd Surprisingly Admits: If Focus Is on Clinton, ‘She Loses’ Election 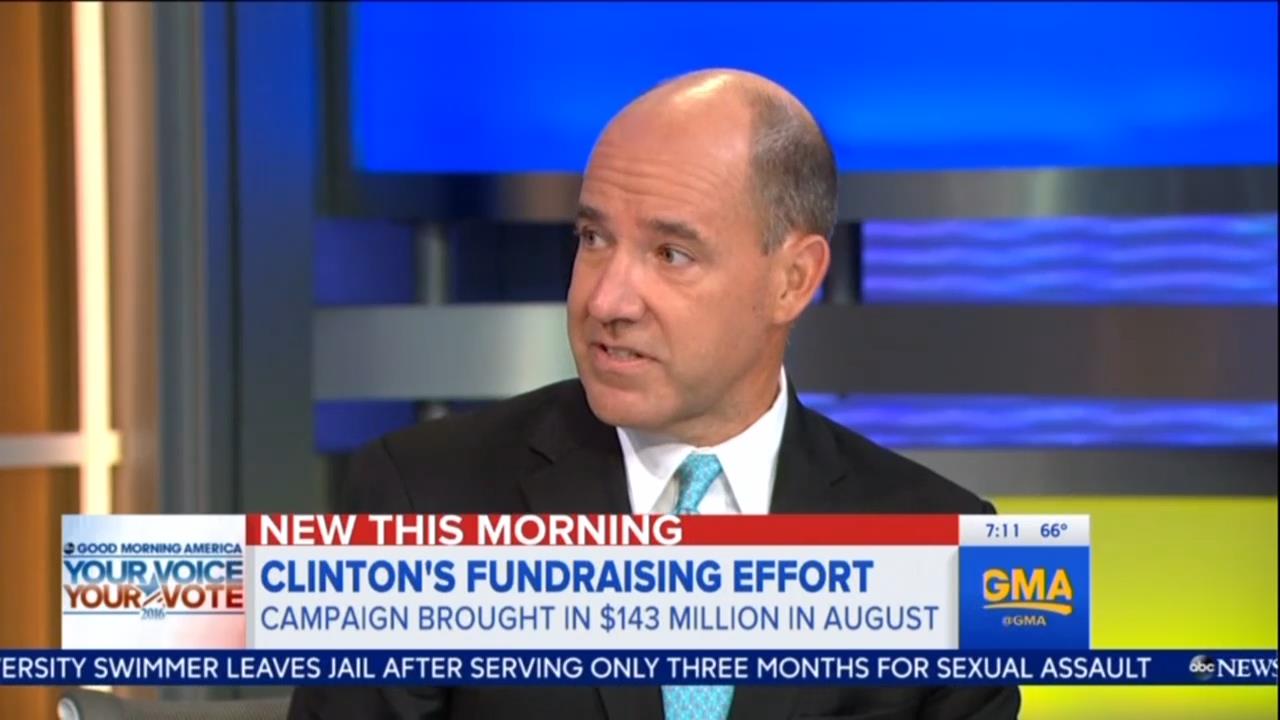 On Friday’s Good Morning America, ABC’s chief political analyst Matthew Dowd essentially admitted what many in the media won’t say about this election: Hillary Clinton is a weak candidate. Discussing Clinton’s high unfavorables, Dowd called her out for disappearing from the campaign trail, and letting all her scandals become the focus of her campaign. If the narrative “becomes about her, she loses this race,” Dowd admitted.

As “more e-mails come out on the Clinton Foundation, you’re probably going to see the FBI release their documents as well,” anchor George Stephanopoulos began. “Julian Assange says he’s holding on to something that will come out in October, he says. How big a threat is this to the campaign?” he asked political analyst Matt Dowd.

Dowd then blasted Clinton’s absenteeism from the campaign trail.

“She has disappeared basically off the campaign trail,” he began. “She hasn't held a press conference in nine months. Almost as if you put her face on a milk carton to find her these days, in the course of this race.”

Dowd pressed for Clinton’s need to do a press conference and clear the air before the debates began:

“I think she needs to go out and start confronting the press,” he began, before Stephanopoulos jumped in.

STEPHANOPOULOS: To own the agenda.

DOWD: And basically turn this around again and turn it back on Donald Trump.

“If it becomes about her, she loses this race,” Dowd admitted.