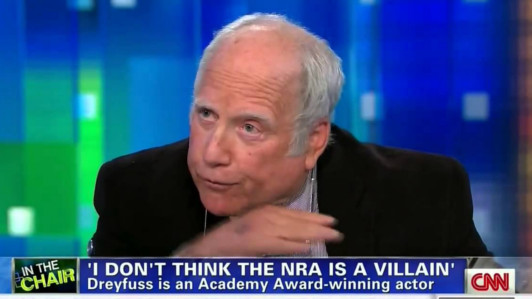 Over Memorial Day weekend, actor Richard Dreyfuss went on a Twitter rant against celebrities who supported Donald Trump. He called Trump a “manifestly unqualified racist” who had “whores” for celebrity supporters.

The outspoken actor's May 29 rant started by bashing Donald Trump’s supporters in Hollywood who he bluntly called “whores” but clarified that he had sympathy for Trump’s laymen supporters.

He added that Trump’s “off the cuff” remarks were “dedicated to hurting Latino Americans," repeating that made him a “racist.”

Dreyfuss’ political beliefs could be called confusing at best. In 2012 he identified himself as a “compassionate conservative” like "Obama” or “Norman Lear.”

Earlier this year he called Dick Cheney, “the most despicable man in history.”