On Monday’s Good Morning America, Lara Spencer interviewed actor Sean Hayes, for his new role playing God in the Broadway play, An Act of God. The play certainly has an agenda to set, being written by the former head writer for The Daily Show, to it’s opening day (Ash Wednesday), to its caricature of God as petty and self-righteous. None of that stopped GMA from celebrating the play as “brilliant.” 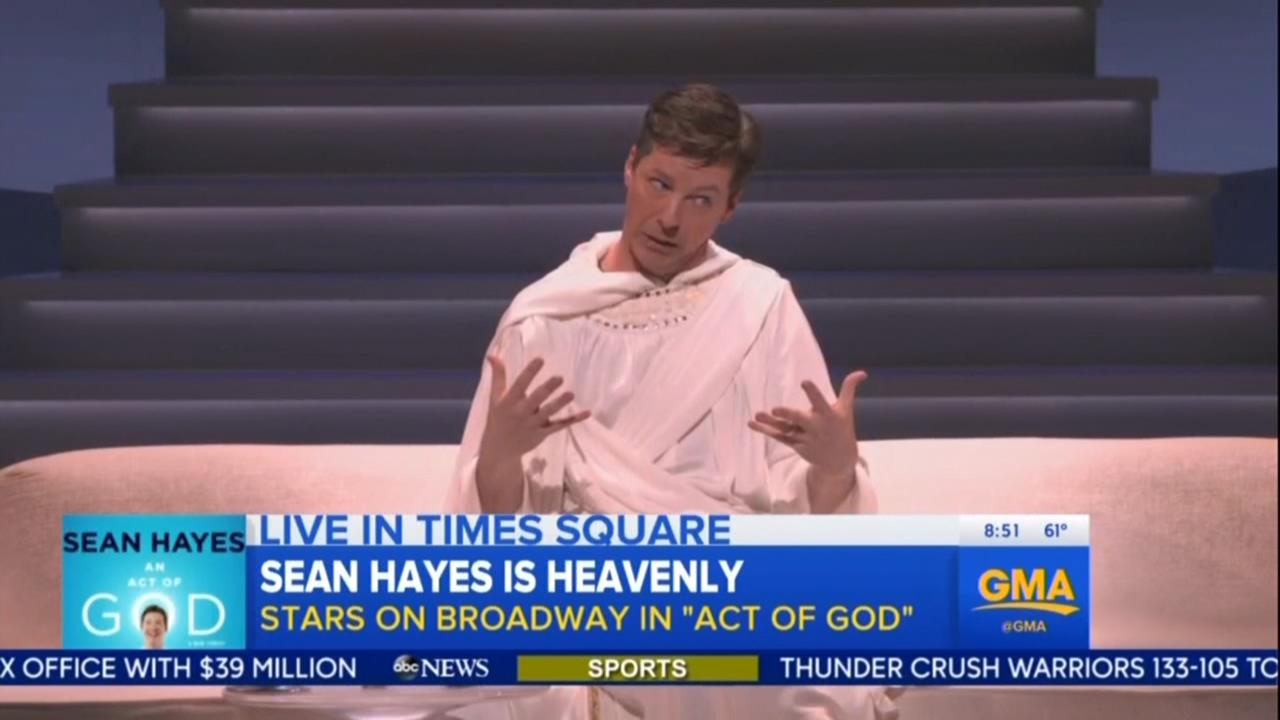 The segment began with Lara Spencer heralding the New York Times review of the play as “Deliriously, divinely funny.” Spencer teased, “We have been blessed with a sneak peak” before revealing the clip, which of course was a clip of God mocking Republicans.

SEAN HAYES AS “GOD:” I admit that I have recently been enjoying dropping into the brains of certain right-wing politicians and telling them to run for President. [ Laughter ]

“GOD”:But that's not my way of blessing you, that's my way of amusing me. [ Laughter ]

After calling it “a wonderful show” Hayes and Spencer had a lot of silly cross-talk, teasing each other and letting viewers know that they go “way back.” Spencer then asked Hayes to explain the premise of the play:

SPENCER: No, I want to explain to the audience, you're God. God comes down and inhabits the body of Sean Hayes.

SPENCER: Your character has been described as self-righteous, sarcastic.

After more joking back-and-forth (this is, after all, GMA), Spencer finished the interview by praising  the play:

“Brilliant writing. So well done by you. Being very well received. Congratulations.”

Last year, Newsbusters noted when actor Jim Parsons (Big Bang Theory) starred in the title role for the sacreligious play, that the New York Times and Washington Post hyped then as well.