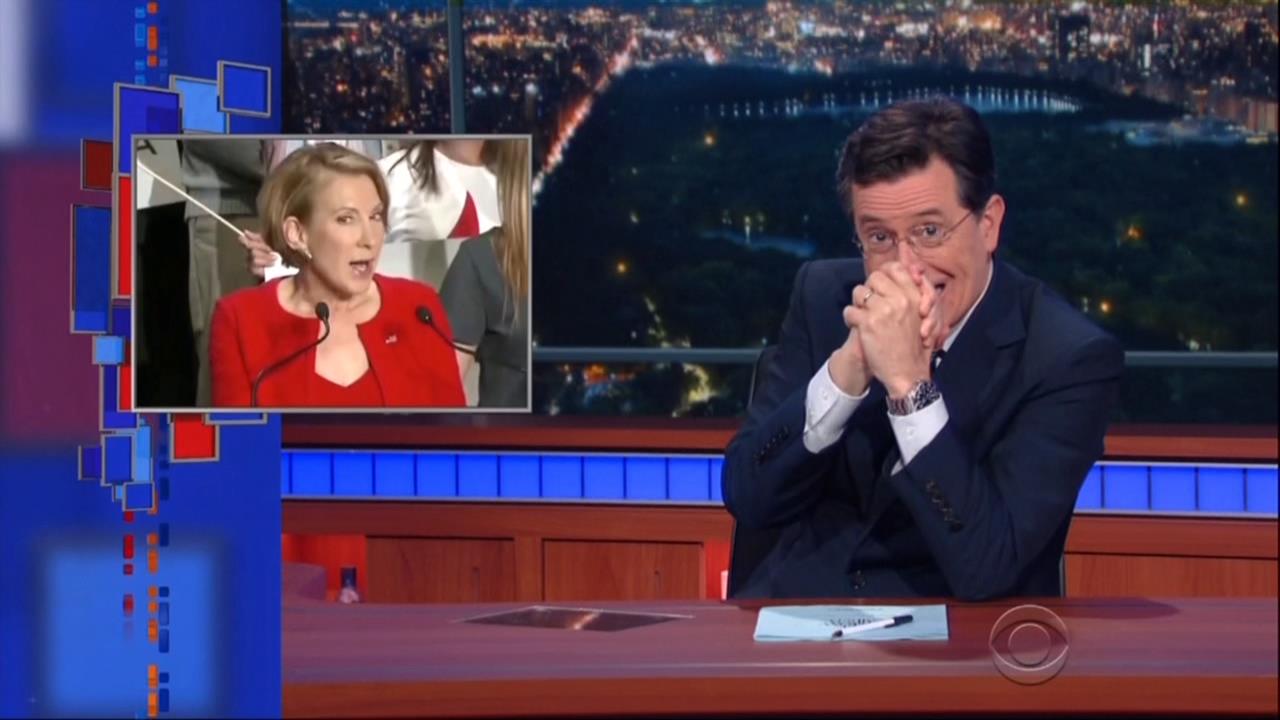 It’s a tale of two female candidates, one the media loves, and one the media hates. When Carly Fiorina started singing to Ted Cruz’s young daughter on the stage this week the media reacted harshly, calling her “creepy” with even comedian Stephen Colbert likening it to the “wicked stepmother” singing, (which I guess isn’t as bad as being called “Lucifer.”)

It’s to be expected that any attempt to portray her close relationship with the Cruz family or her “human” side will only be derided by media pundits. But Hillary Clinton has not received the same treatment. The media fawned over Clinton when she became a grandmother, even calling the Clintons,  America’s “royal family.” Or when Clinton danced awkwardly not once, but twice on the Ellen, and the incident was quickly forgotten. Or even more trivially, when Clinton took an extended bathroom break and showed up late to debate stage, the media downplayed the embarrassing incident as “normal biology.” It’s pretty obvious that if the same thing happened to Fiorina the media would’ve had a different reaction.

Here are some examples of the media’s disparate preference for Clinton and their attempt to play up her “human side.”

In 2014, before Hillary Clinton had even declared her presidential bid, the media was fawning over Clinton’s new role as a grandmother and speculating whether this would impact her run for President.

As Newsbusters associate editor Scott Whitlock noted at the time:

-On Good Morning America, Dan Harris wondered about the "political consequences," questioning, "Will this baby effect grandma Hillary's decision on whether to run for President?" He added, "The birth that could impact the future of the White House."

-On Monday's CBS This Morning, Bill Plante echoed this fawning praise. He insisted that the baby is the "newest member of a family of political royalty."

-On Sunday's World News Tonight, anchor Cecilia Vega speculated about whether baby Charlotte will "decide to one day carry on the Clinton dynasty." Vega noted, "[Charlotte] won't be able to run for president until 2052 when she's 35. For now, most just wondering what her grandmother plans to do in 2016."

Or when the media gushed over the Clintons taking “a family stroll” or as most people would call it, a photo op.

Or when the media rushed to defend her for being late back to the debate stage after an extended bathroom break, as normal biology and it would be sexist for you to suggest that it was a political stunt.

Carly Fiorina singing to Ted Cruz’s young daughters may not have been the media’s cup of tea, but you know pundits wouldn’t dare call Hillary “creepy” if she had done something similar. In fact, Clinton’s equally corny dancing wasn’t even worth mentioning on any news broadcast.