David Daleiden has been trying to destroy Planned Parenthood for nearly his entire life. Yesterday, some thought he succeeded. 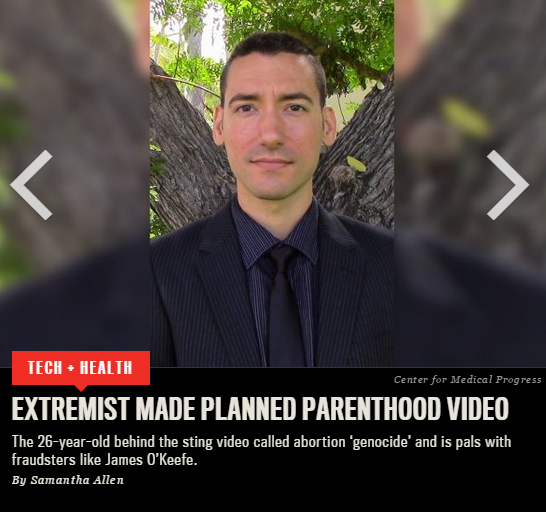 Daleiden lists himself as the founder of the California-based Center for Medical Progress (CMP). He is also the man behind the camera in yesterday’s Planned Parenthood sting video, which purportedly showed a Planned Parenthood doctor discussing the sale of fetal body parts until the full video revealed that it was, in fact, a discussion of legal forms of fetal tissue donation.

But Daleiden, who did not respond to comment for this article, is fairly young for his job title.

He is 26 years old, he graduated from Claremont McKenna College a few years ago, and he has been involved with the pro-life movement since he was 15. In that short time, his life has become a veritable who’s who of pro-life extremists and Twitter trolls.

In the early 2000s, when Daleiden would still have been in middle school, the Genocide Awareness Project was not just displaying these photographs on college campuses—they were also printing them seven feet high, placing them on trucks, and driving them around in public.

Since graduating from Claremont McKenna all of his public activities have been related to pro-life activism. He has written one article for The Weekly Standard about “abortion workers [who] have turned pro-life.” His CMP bio also claims that he has also written for The Human Life Review but, according to that publication’s index, his only article there is the same one that appeared in The Weekly Standard. 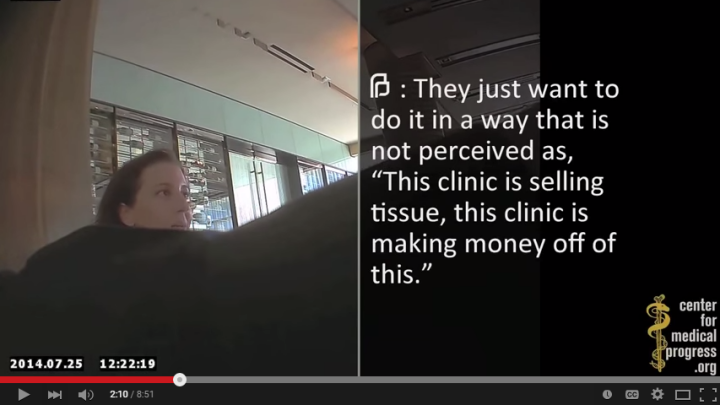 In addition to writing that single article, Daleiden has supposedly been operating the Center for Medical Progress since 2013, where he has been conducting a “30-month-long investigative journalism study” into an activity that has already been confirmed to be legal.

As part of the sting operation, Daleiden also created a fake limited liability corporation (LLC) called Biomax Procurement Services in California, first filing paperwork in October 2013, so that he could pose as a biotech company interested in acquiring fetal tissue. The Planned Parenthood operation appears to have been years in the making.

In the meantime, there is no indication that Daleiden has another form of employment. He has no public LinkedIn profile and his Facebook profile does not list any work information. His only Facebook post, incidentally, is a collection of three photos of aborted first-trimester fetuses, posted when he was in college (warning: images are graphic).

Daleiden’s family did not immediately respond to a request for comment.