According to Benny Johnson at IJ Review, the Republican National Committee will require journalists use the password “StopHillary” in order to use WiFi at tonight’s GOP presidential debate on Fox Business in Milwaukee.

Johnson remarked that the move by the GOP was a “brilliant troll” for the debate and the RNC agreed and even tweeted out a picture of a pair of hands applauding the picture. No word on how members of the liberal media will react to the RNC’s “StopHillary” password but it wouldn’t be surprising if some object to the party’s hilarious swipe at the Democratic frontrunner. 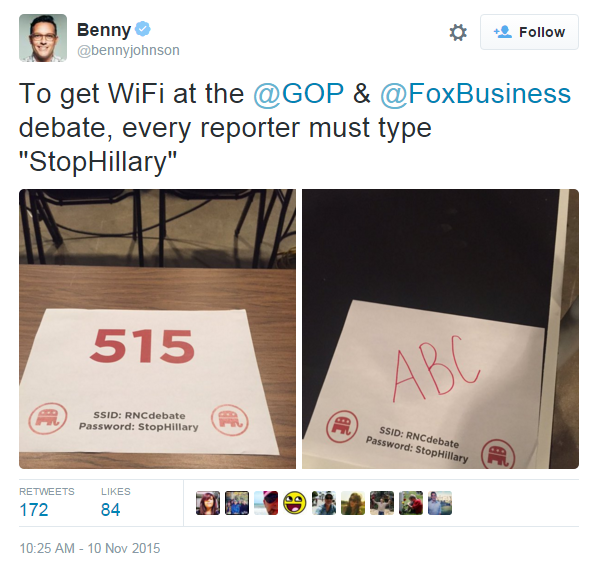