On Monday, Senator Bernie Sanders appeared on ABC’s The View and was treated to a fawning interview by the show’s co-hosts, which included liberal Joy Behar telling him “I’m feeling the Bern right now.”

After Behar previously admitted that she was “aroused” by the self-described Socialist, the ABC host eagerly gushed that Sanders “kissed me backstage” and even told his wife that “Bernie and I, we have a thing.”

Michelle Collins initially asked Behar if she wanted to “feel the Bern” to which Behar proclaimed “I do” which prompted Paula Faris to announce “She’s feeling it.”

Earlier in the segment, co-host Whoopi Goldberg introduced Sanders as a “rock star” and her colleagues beamed at his Socialist views, which include “free” college education and massive tax increases on the wealthy. ABC’s Paula Faris was the only host who actually pressed Sanders on how America would pay for his far-left spending proposals but her question was quickly dismissed by the rest of the show’s panel.

JOY BEHAR: We call you Bernie. It's really Senator Bernie. Let's be clear. Your wife is in the audience. Jane O'Meara Sanders, there she is, the lovely Jane. Let me just say, I have to tell you, Jane, that Bernie and I, we have a thing.

BERNIE SANDERS: You really have to say this on national -- 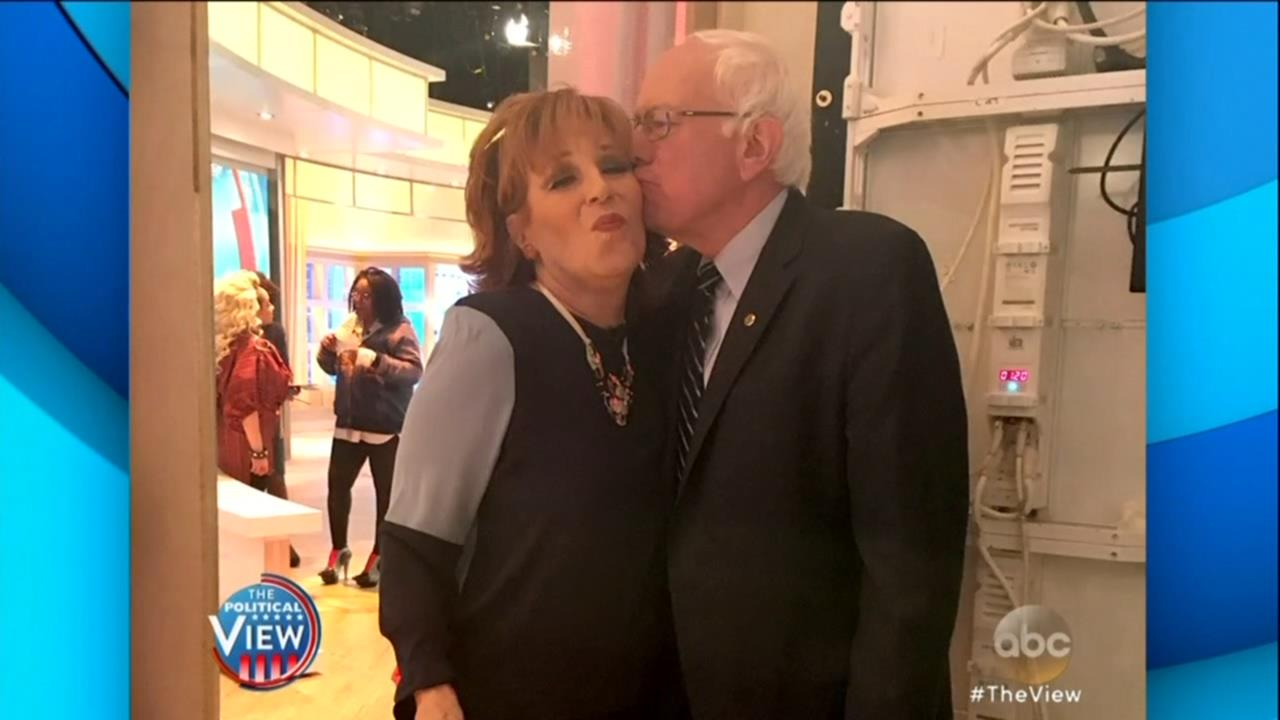 MICHELLE COLLINS: Joy, you want to feel the Bern.

BEHAR: I do. I'm feeling the Bern right now.

JANE O’MEARA SANDERS: I used to be a fan, Joy.