Tony Blair was even more right than he knew.

And security cameras and cell phone videos of the graphic images of the attacks on the Zaventem Airport in Brussels along with a second attack on the Brussels subway were there to back him up, as seen here  and here.

Hours before the ISIS attacks on Brussels that killed 31 and wounded 270, the former British Prime Minister sat down with the BBC, the British network reporting this: 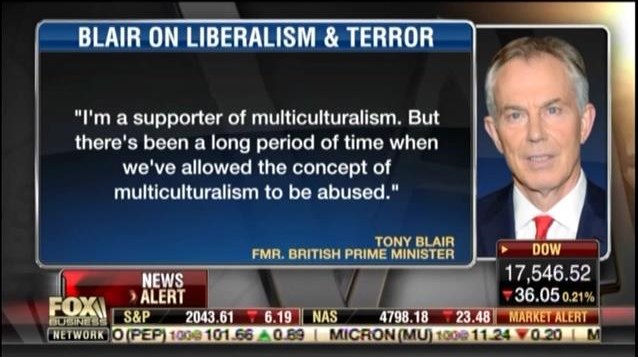 Tony Blair has warned against "flabby liberalism" and says there needs to be a tougher centre ground approach to issues such as tackling extremism and responding to the refugee crisis.

The former UK prime minister is planning a global project to prevent extremism through education.

But he warns that too often the West can "be made to feel guilty about itself" and fails to make its case.

"We're in a situation where we have to fight back," said Mr Blair.

"The centre has become flabby and unwilling to take people on. We concede far too much. There's this idea that you're part of an elite if you think in terms of respectful tolerance towards other people. It's ridiculous," Mr Blair told the BBC.

"But you know, we shouldn't let people intimidate us into thinking there are certain values we shouldn't be standing up for," said Mr Blair, who was attending the Global Education and Skills Forum in Dubai last week.

….If you don't give a solution, and you leave people with a choice between what I would call a bit of flabby liberalism and the hardline, they'll take the hardline, I'm afraid.”

As if to prove Mr. Blair’s warning about “flabby liberalism” being “unwilling to take people on” along comes one Simon Jenkins, a fellow Brit and former editor of  the Times of London and the London Evening Standard. Writing in the UK’s left-leaning Guardian, Jenkins was summarized in a headline:

The scariest thing about Brussels is our reaction to it

Proclaimed Mr. Jenkins in a pluperfect illustration of “flabby liberalism” at work:

The atrocities in Brussels happen almost daily on the streets of Baghdad, Aleppo and Damascus. Western missiles and Isis bombs kill more innocents in a week than die in Europe in a year. The difference is the media response. A dead Muslim is an unlucky mutt in the wrong place at the wrong time. A dead European is front-page news.

So on Tuesday the TV news channels behaved like Isis recruiting sergeants. Their blanket hyperbole showed not the slightest restraint (nor for that matter did that of most newspapers). The BBC flew Huw Edwards to Brussels. It flashed horror across the airwaves continually for 24 hours, incanting the words “panic”, “threat”, “menace” and “terror”. Vox pops wallowed in blood and guts. One reporter rode a London tube escalator to show possible future targets, to scare the wits out of commuters. It was a terrorist’s wildest dream.

…Those who live under freedom know it demands a price, which is a degree of risk. We pay the state to protect us – but calmly, without constant boasting or fearmongering. We know that, in reality, life in Britain has never been safer. That it suits some people to pretend otherwise does not alter the fact.

Got that? Europe -- and unspoken by Jenkins but presumably America as well -- is just the same as war zones in Syria and Iraq. Really. The real culprits in the Brussels attacks were “the TV news channels (that) behaved like Isis recruiting sergeants.” ISIS is all the fault of the cameras, you see. Don’t believe a single thing you witness on TV.

All of this matched perfectly with President Obama’s own reaction to the Brussels attack. In between taking in a baseball game with Cuba’s Communist dictator Raul Castro and doing the tango in Argentina, the President managed to look in the cameras and say: 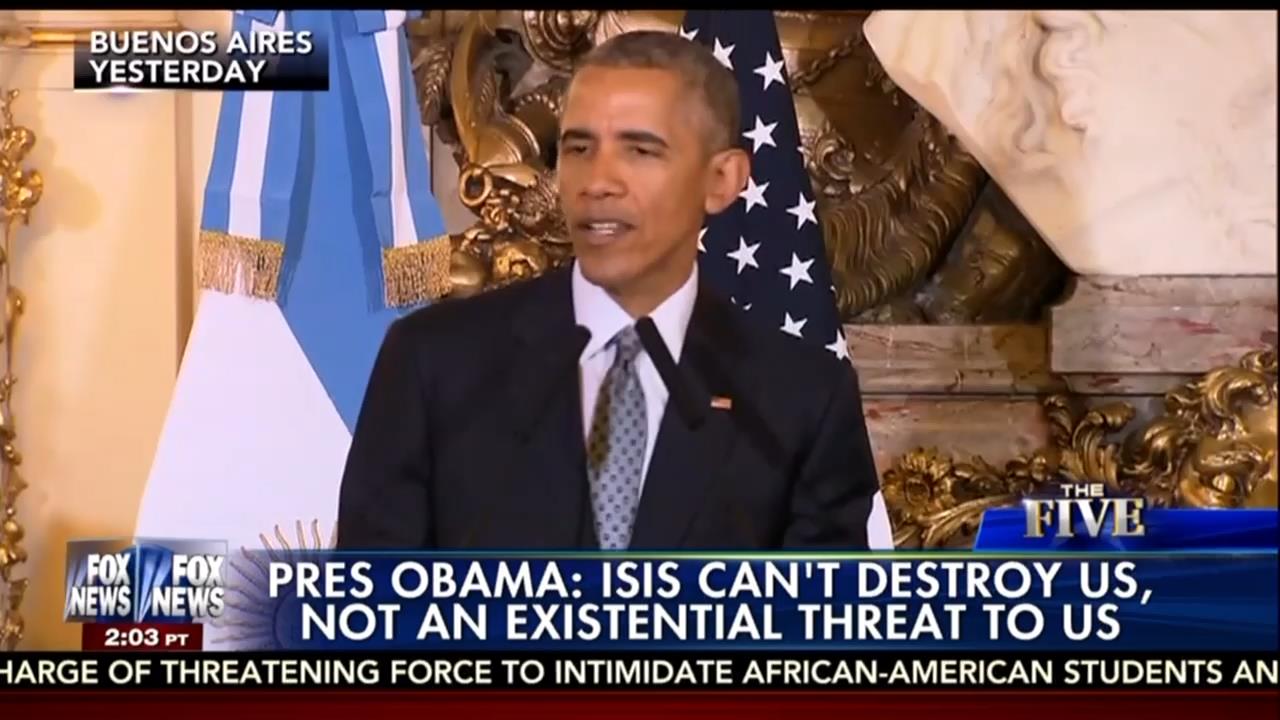 “Groups like ISIL can’t destroy us, they can’t defeat us. They don’t produce anything. They’re not an existential threat to us. They are vicious killers and murderers who perverted one of the world’s great religions.

“And their primary power, in addition to killing innocent lives, is to strike fear in our societies, to disrupt our societies, so that the effect cascades from an explosion or an attack by a semi-automatic rifle.”

“Flabby liberalism” doesn’t even begin to describe the reaction to the Brussels attack by the President and Simon Jenkins. What we are hearing from these two men -- and Hillary Clinton as well -- is a combination of naiveté combined with sheer historical ignorance. And taken together, that is a fearfully dangerous mindset. If cell phone videos do nothing else they can portray the absolute truth of an event like the Brussels bombings.

Hard as it may be for some to recall, the ever present iPhone -- the brainchild of Apple’s Steve Jobs -- was not invented until 2007,  a full six years after 9/11. Even with just television cameras present -- accidentally -- the 2001 horror of jets flying into the twin towers was fully communicated to the American people and the world beyond. Whatever the ensuing rhetoric about Islam as the “religion of peace” the actual facts of those television pictures cemented at the very least that there was a problem with Islam. An unease that this was indeed an “existential threat” to America -and the Western world beyond - took root. As well it should. In fact, America and the world have been here before in a place where a political force was dismissed because it was seen as not an “existential threat” but merely a roguish movement that in fact had no serious political standing.

On November 9, 1933 the New York Times ran a story headlined:

The story, about the new Chancellor of Germany, Adolph Hitler, tells of Hitler celebrating tin 1933 the 10th anniversary of his 1923 aborted attempt at a military coup of the German government. The coup or “putsch” took place with a fledgling following of what the Times calls “only a few hundred”  men. The Times writes in a 1933 story datelined Munich:

This city, with tens of thousands of German visitors and several thousand more Nazi storm troopers, is celebrating today and tomorrow a political miracle. The miracle is the resurrection of the National Socialist party of Adolph Hitler and its marvelous endurance and growth until at length it has swept over all Germany, and within Germany its power is limitless.

Ten years ago tomorrow it was killed - so it then seemed - as dead as anything political it could be, in battle and amid bloodshed. Its main leader was a fugitive with capture and a prison term ahead of him.

Today he is Chancellor of the Reich and untold thousands hang upon his slightest word. Sunday the entire nation will vote for him and the party leaders he has designated to stand with him. It will do this not so much from conviction as because he demands that it shall vote that way. This is the political miracle.

…This Munich celebration is for a revolution that failed, only to give place ten years later to overwhelming victory.

In other words? In other words what the New York Times is saying here is that in 1923 Adolph Hitler and his “only a few hundred” followers were, to borrow from President Obama, “not an existential threat to us.”  But by 1933, a mere ten years later, Hitler and his movement, once seen as politically dead -- “killed” in 1923 -- had now benefited from a “marvelous endurance” and had “swept over all Germany, and within Germany its power is limitless.”  The Nazis, said the Times, were a “political miracle.” This Times story, precisely because it was written in 1933, could not yet know that a mere six years after this story was written - on September 1, 1939 - Adolph Hitler, by now not the Chancellor but the dictator of all Germany, would launch the Second World War, the world’s deadliest global conflagration. It would wind up killing  an estimated 60 million people, about 3% of the world’s total population in the day. So much for not being an existential threat.

What appalls here are those television images out of Cuba and Argentina of Obama doing a wave at a baseball game and tangoing into the night juxtaposed with the cell phone videos of dead bodies littering the floor of the Brussels airport. Not to mention the Simon Jenkins piece in which he asserts that the “menace of Brussels lies not in the terror, but in the reaction to the terror.” Were this 1933 one can easily see Jenkins saying that the real problem wasn’t Hitler and the Nazis but the reaction to them. 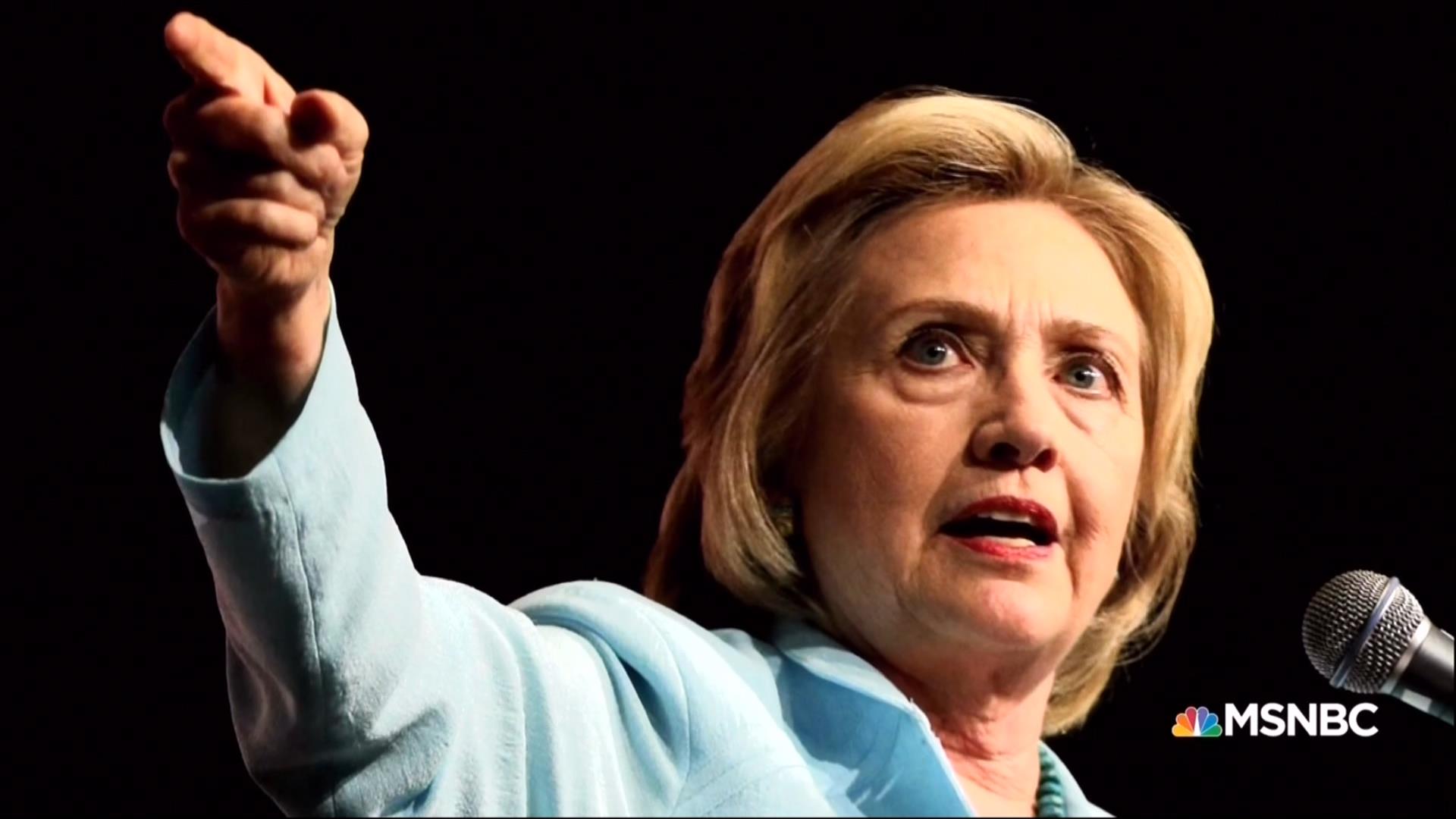 Is it any wonder that Tony Blair, he the ex-leader of the leftist British Labor Party, feels compelled to say that a serious danger to the world is the “flabby liberalism” that responds to extremism - ie: terrorism - by refusing to “fight back”? Is it any wonder that this label can decidedly be pinned on Hillary Clinton when she prattles on about the tough responses from Republican presidential candidates? GOP candidates, says Clinton according to the Washington Post, are "wrong," "counterproductive" and "dangerous."  Pay no attention to the cell phone videos of dead bodies -- listen to Hillary! Right.

Had there been television in 1923 - not to mention cell phone video capability - images of Hitler, his messianic supporters and what they were really all about would have been everywhere. And therefore easier to defeat. Or would they?

The sad guess here is…no. They would not have been easier to defeat. Why? Because human nature never changes.

What Tony Blair is really saying here is that human nature -- the good, the bad and the ugly -- is always out there. This is the oldest of conservative wisdoms.  And the last thing America and the world should be doing is looking at these videos of murder and mayhem in a Brussels airport and subway and deciding  that the real problem is - themselves and the “overreaction” of TV cameras and cell phones.

Whatever else the legacy of cell phone videos, unless willfully edited to tell an untruth, they are truth telling to the max. They are unblinking in the face of murderous horror cause by Islamic radicals.

You can rest assured of one other truth. There will be more horrific cell phone videos as we move forward. Is that a tragedy? Yes. But it is also something else. It is a warning that the world will be assailed with the reasoning of people like Simon Jenkins -- the “flabby liberalism” that insists against all evidence that it is not the violence of ISIS that is the problem but rather the pictures of that violence.

Amazing? Yes. But new? Shamefully and quite vividly in history -- no.