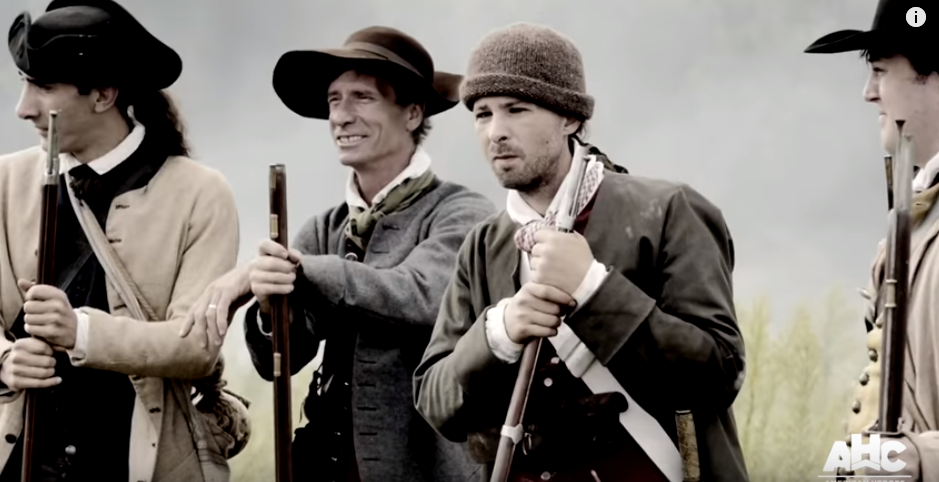 This could qualify as one of those rare occasions you'll hear a member of the Trump-hating media saying something about Trump voters that just might be interpreted as praise.

The person saying it? Pamela Paul, editor of the New York Times Book Review and host of its podcast. The occasion? Her interview on May 24 with historian Rick Atkinson, former Washington Post reporter and author of the newly released The British are Coming: The War for America, Lexington to Princeton, 1775-1777, the first volume of a planned trilogy.

Paul asked Atkinson why he chose to write about the American Revolution instead of following his Liberation Trilogy on the US role in Europe during World War II by pivoting to the Pacific War in that conflict. Atkinson said he "didn't have the heart for it," largely because he'd have to start "at the beginning" again, referring to the attack on Pearl Harbor.

But he'd also been fascinated by the War of Independence since boyhood and and began work on his new book in 2013. "It seems to me that it's more important than ever now to understand who we are, where we came from, what our forebears believed in, and the most important question any people can ask themselves, what are they willing to die for?"

PAUL: Did that fundamentally shift what you were thinking about?

ATKINSON: I don't think it did. You know, the past is the past, Faulkner notwithstanding. But it gave me a sense of relevance because fundamental questions like whether there is truth or not, fundamental questions about how open our society should be, questions of executive power, those were all raised in the 1770s, they've been with us ever since. Sometimes they're a little more pronounced than at other times and this is one of those times when these fundamental questions about who the American people are and who they want to be seems to be in stark relief. So that has led me to think that this story is actually more relevant than I perhaps could have expected.

PAUL: I mean, it does seem to be in the air, maybe just in my dataset of one because I think certainly for me after the election results I found myself going back to the Founders and sort of rethinking it and even in the context of 2016, I remember I was reading Walter Isaacson's biography of Ben Franklin and I was watching that old HBO series (John) Adams, based on the (David) McCullough biography, and which of course begins during the Revolutionary War period and you look at it and you think, you know, there are a lot of parallels between the American rebels at that time and Trump voters today.

File under: Words You Could Not Imagine Coming From a New York Times Editor. Adding to the delight for any Trump supporters listening was Atkinson essentially agreeing with Paul:

ATKINSON: It's true, they're insurrectionists, they have a sense of grievance. This isn't unusual in our history, I mean, this is a streak that runs from 1775 to 2019. There are parallels in the anti-establishment tenor of the Trump base. But I think that the patriots, if we can call them that, it doesn't presuppose moral superiority, but the rebels in fact are a wider base than Trump's base. I mean, one thing that I know realized in spades is that the country was born bickering. Disputation is part of the national genome. And there is this sense of grievance, of reluctance to be under the thumb of people whom you perceive to be superior to you, they think they're superior to you. We see that in the rebels in the 1770s and you see it in the Trump voters today.

Paul cited the HBO mini-series John Adams as forming part of the basis for her observation. Watch again the opening credits from this magnificent production, released in the spring of 2008, and its Join or Die flag imagery and stirring music come across as eerily prophetic of another seismic upheaval that loomed a decade ago.