High atop the list of old habits in media that will never die: kneejerk apologia for the failed utopia known as the Union of Soviet Socialist Republics. Russian President and former KGB spook Vladimir Putin isn't alone in pining for its glories.

During a weekly roundup of the NPR Politics podcast on Feb. 14, Domenico Montanaro, the state-funded radio network's "lead political editor," chided Republicans for having the audacity to use Democrats' swooning for socialism against them.

NPR CONGRESSIONAL REPORTER SUSAN DAVIS: This is kind of a common political tactic, is you do a political showboat to try and jam your opponents. I think McConnell's motivation, because especially on the right where the Green New Deal has been particularly derided, is to put it on the floor and try and just kind of shame Democrats into voting for it or voting against it.

NPR CONGRESSIONAL REPORTER SCOTT DETROW: But that approach -- Domenico, I know you wrote about this this week -- seems to be indicative of a broader trend that you're seeing from President Trump and from Republicans, you know, looking at their low approval ratings and saying one way for us to carve out some victory, to gain popularity and maybe win next time around, is to say every Democrat is a socialist.

MONTANARO: Right, and I think that the big part of this is figuring out what socialism means, right? You know, when you look generationally, there's a huge difference in how people who are over 30, 35 view the word socialism versus people who are under 35. This is not a generation of Cold War kids. They were not, you know, underneath their desks, in fallout shelters, and listening to American propaganda about how communism could be coming to the country and how socialism meant taking over the means of production. Now, since Republicans frankly have been using the word socialism over the past 10,15 years, especially with everything that Barack Obama tried to do and tried to call, you know, the ACA, the Affordable Care Act, a socialist government takeover, for young people you're sitting there thinking, well, what's wrong with health care?

DETROW (chuckles): Yeah. There's one more thing we need to get to this week ... 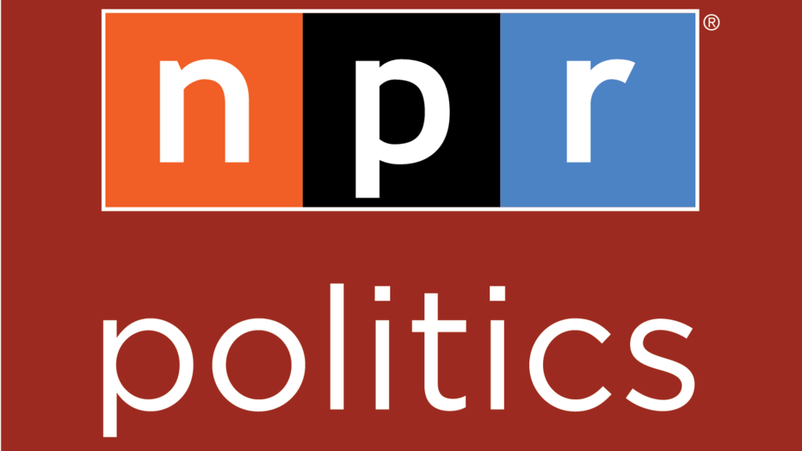 How apropo of NPR: One of its top editors chides Americans for their "propaganda" against the Soviet Union during the Cold War -- while he engages in the real thing here. In case you're wondering, none of Montanaro's colleagues pushed back in the slightest against his assertion. As birds of a feather, why would they? (The full podcast can be heard here.)

Curiously, Montanaro's online bio neglects to mention the training he surely received at the Soviet-era Pravda news agency, with its daily insistence on the phrase "American propaganda."

The story written by Montanaro and cited by Detrow, "Trump's 'Socialism' Attack on Democrats Has its Roots in Cold War Fear" (co-written by NPR national reporter Mara Liasson), is of a piece with his remarks in the podcast. The piece shows its hand with the headline referring to Cold War "fear" -- by which is meant, "paranoia."

Citing a Gallup poll from last August, Montanaro and Liasson describe "a huge generational divide" among Americans on socialism -- 41 percent of respondents age 30 to 49 view it favorably, compared to just 28 percent of those 65 and older, the latter percentage roughly equal to the elderly population who still consider themselves hippies.

This younger generation, after all, are not Cold War kids. Someone who is 29 was born the year before the fall of the Iron Curtain. The word socialism just doesn't have the same meaning for them as for those who lived through the nearly 50-year, post-World War II arms race with the Soviet Union and the underlying debate over the ideal society.

As viewed by Americans (emphasis added), that debate was between the free, capitalistic West on one side and the repressive communism and socialism of the USSR on the other.

Which implies that as viewed by Russians, the debate was between the repressive capitalist West and the free, socialist USSR.

Expect more such Cold War moral equivalence in media as Democrats continue their hard lurch left, led by Green New Deal kommissar Alexandria Ocasio-Cortez -- who helped stop 25,000 new Amazon jobs from coming to NYC in only her first month on the job! -- and Vermont Senator Bernie Sanders, a man who actually spent his honeymoon in the Soviet Union.